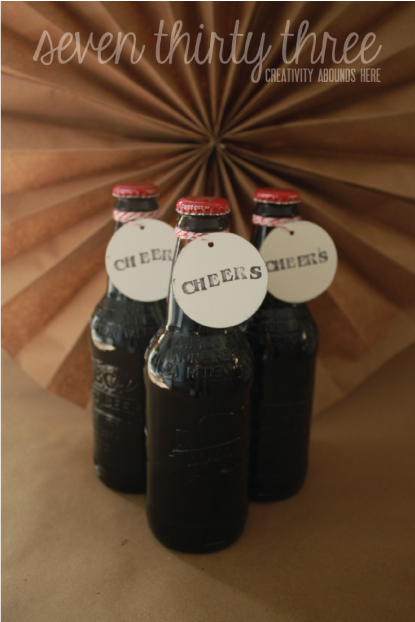 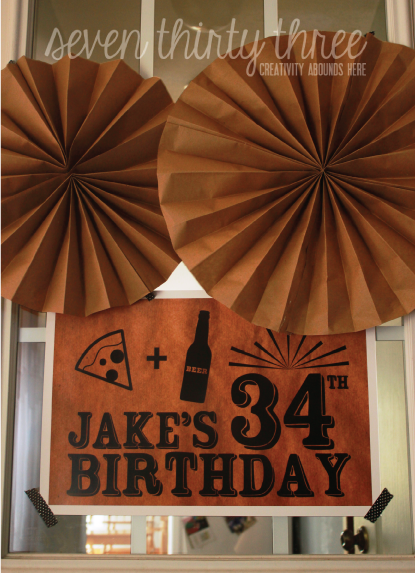 My husband turned 34 on Thursday so we had a get together Friday night with our families (we have 21 immediate family members between the two of us).We provided pizza and beer and had a great time hanging out.
I had been working my husband over all week telling him he was an adult we weren’t going to be doing anything special for his birthday. Even the day of I said Happy Birthday but didn’t have anything special for dinner and we didn’t have cake.  He did finally ask if we were doing anything so I handed him a card with all the info for the friday night shin-dig.  I’m a mean wife, but we had a good laugh.

It was a family affair that included young children and teens, so I purchased some bottled root beer and tied them up with tags I stamped with “Cheers”. 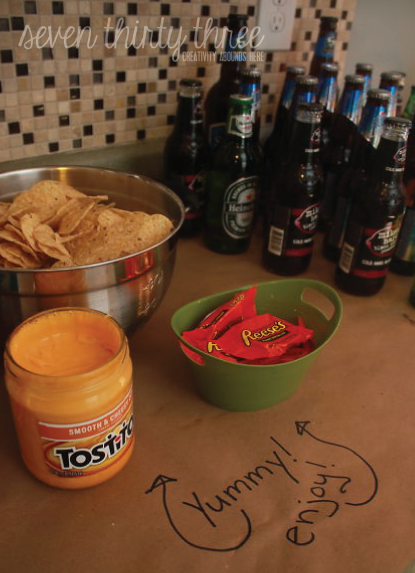 I laid down craft paper on my counter and that is where I put a few snack foods and the drinks. 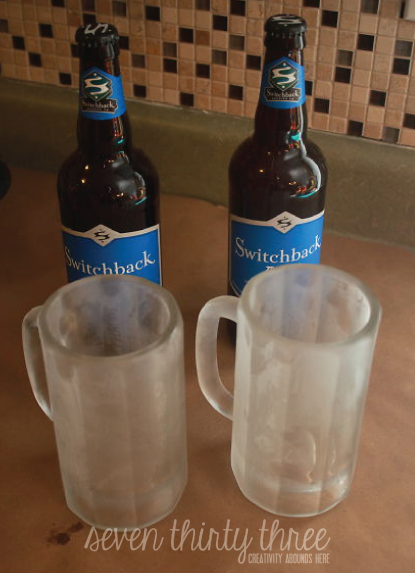 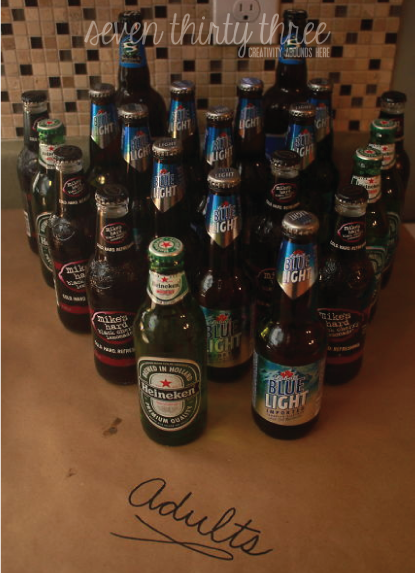 A little for everyone… 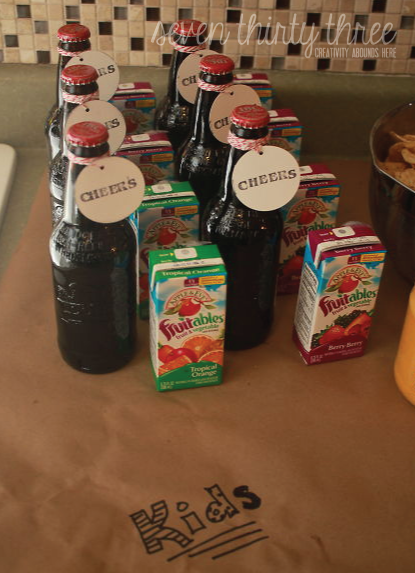 My kids don’t actually like root beer so I also put out juiceboxes. 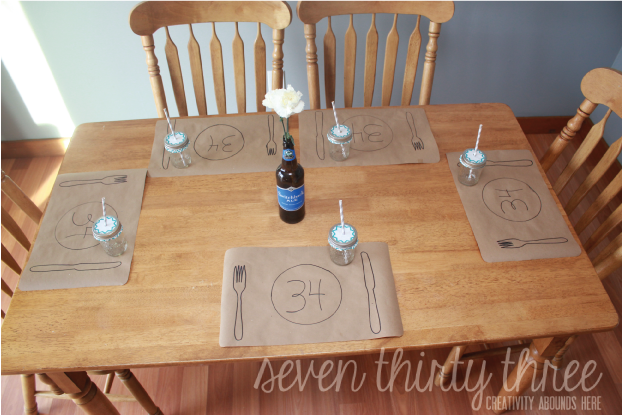 I did up some craft paper placemats just to add to the festive decor, and yes, those are carnations in an ale bottle. The 5 little kids sat at the table for pizza and ice cream cake. The rest of us perched throughout the house and ate and chatted. 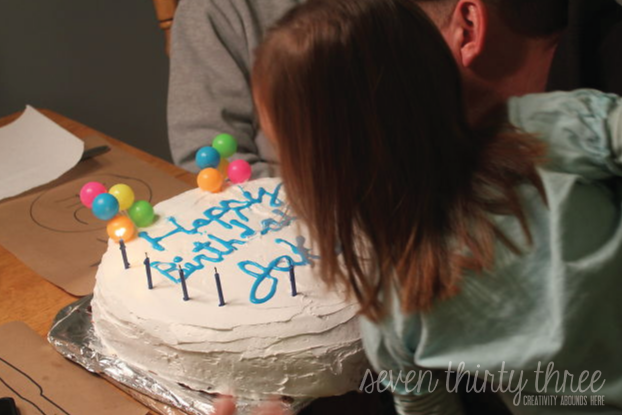 My MIL made an amazing  ice cream cake, which was HUGE.  I mean HUGE! She used 6 half gallons of ice cream and 2 brownie mixes.  And it was the best ice cream cake I ever had.  Everyone thought she was lying when she said she made it and kept asking who she had do it.  HAHA.  I had to vouch for her. UPDATE: I made a smaller version of this Ice Cream Cake and it was just a delicious, click on over for the recipe! 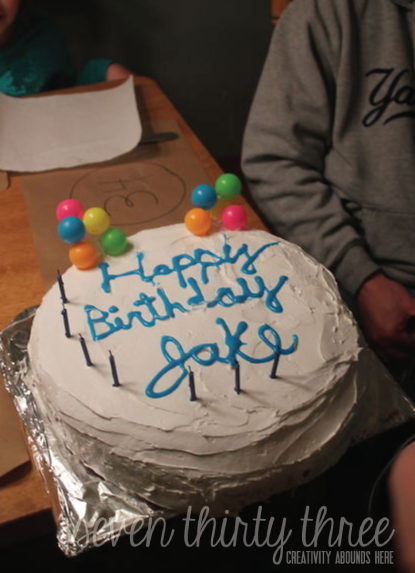 I took the easy road out and ordered 6 Domino’s Pizzas instead of trying anything fancy, I had them delivered shortly before everyone was expected and just kept them in the oven on my warm and hold setting.  It was a great little get together, the kids had fun, the adults had a good time and that’s all that matters! 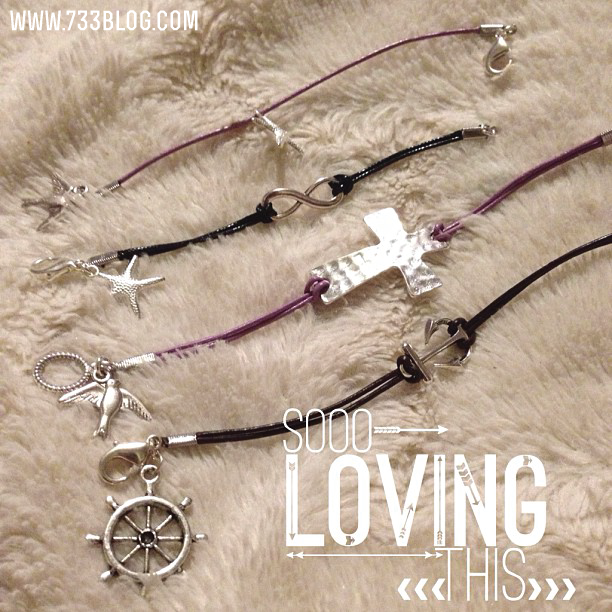 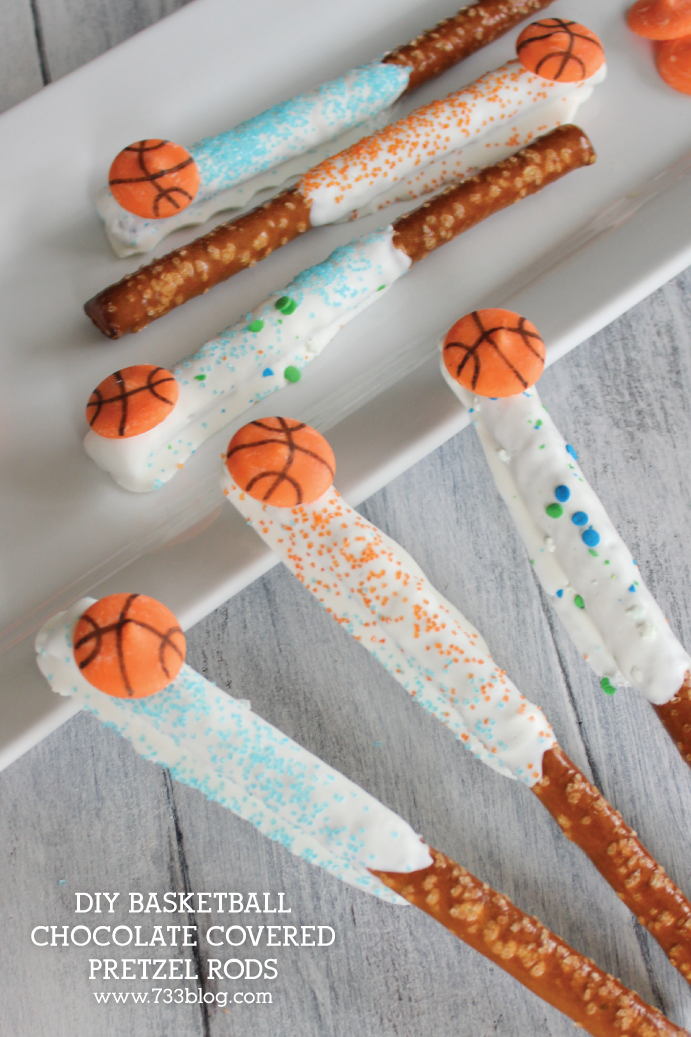