Gather your favorite sleuths together for an unforgettable evening of crime, clues, and good old-fashioned detective work. This printable mystery detective game, created by The Dating Divas, has a unique spin to it making it unlike any other murder mystery game you have ever played! It’s a race to figure out which suspect committed the crime, where the crime happened and what the weapon was. This printable game kit includes everything you need to host a killer party and help your guests solve the crime and determine whodunit! (Affiliate link included at bottom of post).

So what is so cool about this mystery game kit? The fact that it can be played over and over again because the outcome is fluid! Play it with the same friends time and again, or mix up the players – it doesn’t matter, each time will be just as fun as the first! It’s Clue, come to life!

If you have ever played the board game Clue, then this will be a great reference for understanding how to play this Dating Divas version! The mystery detective game is based on the classic board game but uses real people. Rather than moving a game piece from room to room to make guesses about the solution, detectives will physically move from room to room and interrogate the suspects themselves!

Six suspects are stationed at various designated areas of the house. Each suspect receives clues containing what didn’t happen at the crime scene. Detectives will race to find a suspect and make an educated guess as to WHO did it, WHERE it occurred and WHAT the weapon was. For example, “Was it Dr. Newbody in the dining room with the poison?” The suspects reveal clues to help the detective narrow down the options. Eventually, after a process of elimination, a good detective can narrow down the solution and solve the mystery! HOW FUN?!

Have kids and worry they’ll put a damper on the evening? Include them! This game is fun for ALL AGES!

Let’s take a peek at what you get with this Who Dunnit Printable Game Kit: 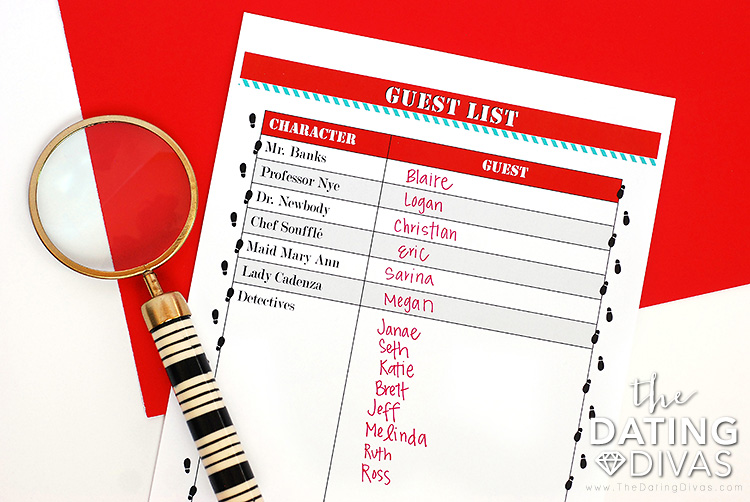 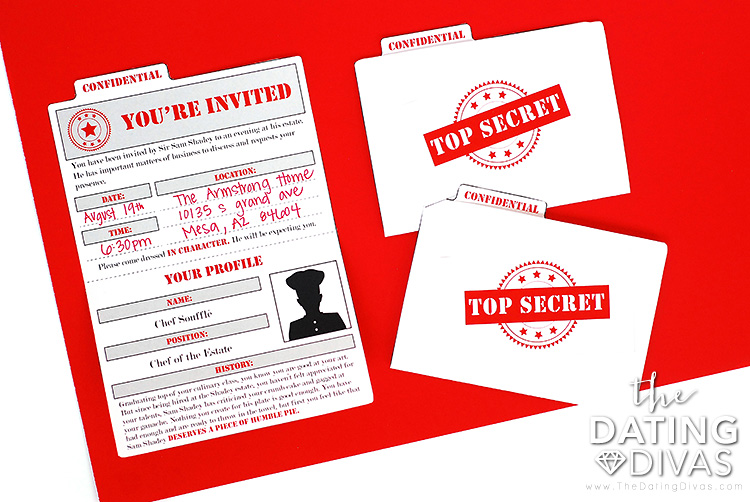 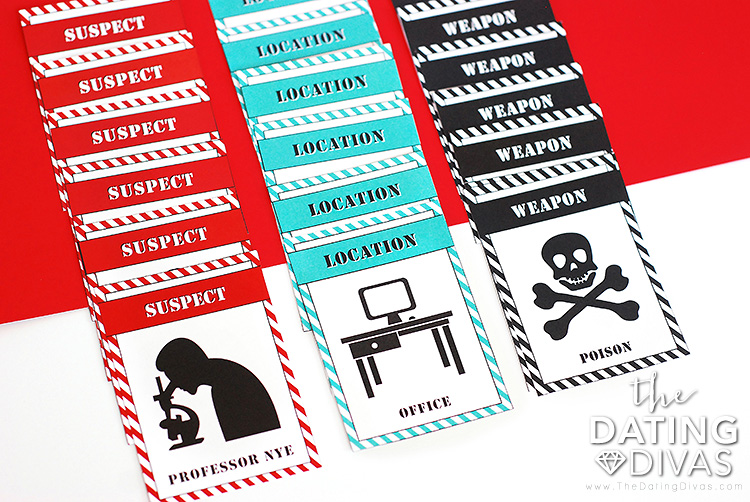 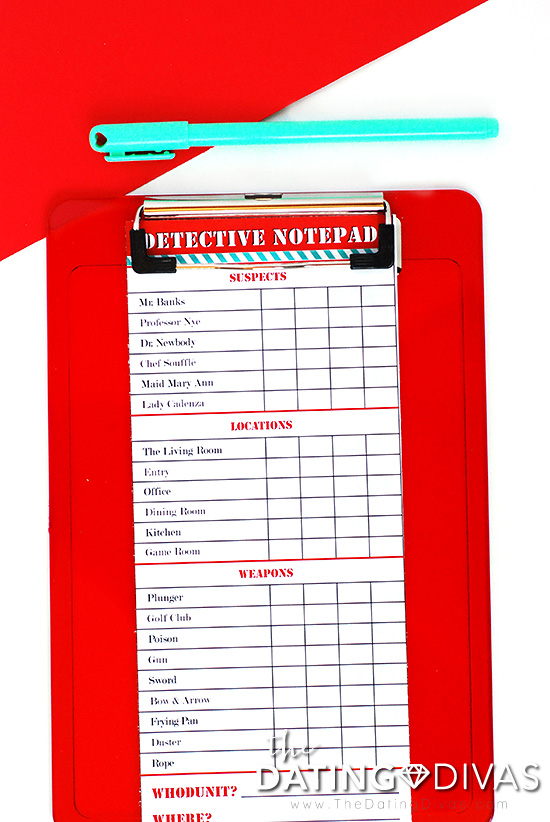 You don’t have to be Sherlock Holmes to know that this is a great deal! Grab the printable pack today and start planning your next ultimate game night. You’re friends aren’t going to believe how amazing you are when they show up to this awesome event! 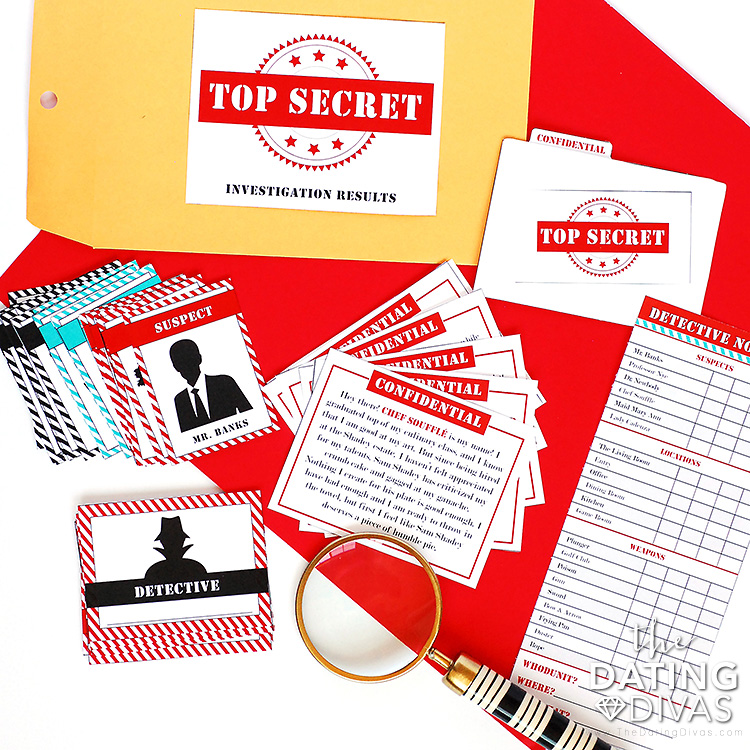 Get the printable game kit for only $14.97! That’s a great deal for hours of fun… especially when you can play it over and over! I could see this being a great hit for a tween birthday party!

Todd’s cousin Jody is so talented. I’m in love