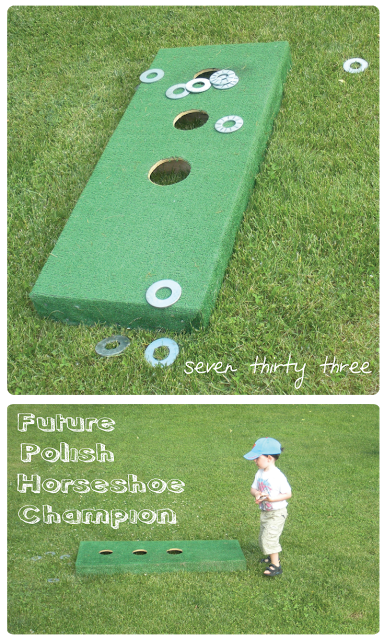 I love summer.  I love playing outside with the kids.  I love swimming.  And I this Summer Lawn Game.  Have you ever played Polish Horseshoes?  Let me tell you… it is FUN!  OK, there is some dispute on whether it is actually called Polish Horseshoes, because when I searched it on Google it came up as some other weird lawn drinking game… hmmm – that could still be fun!  But I digress.  The polish horseshoes that I am referring to looks like this: 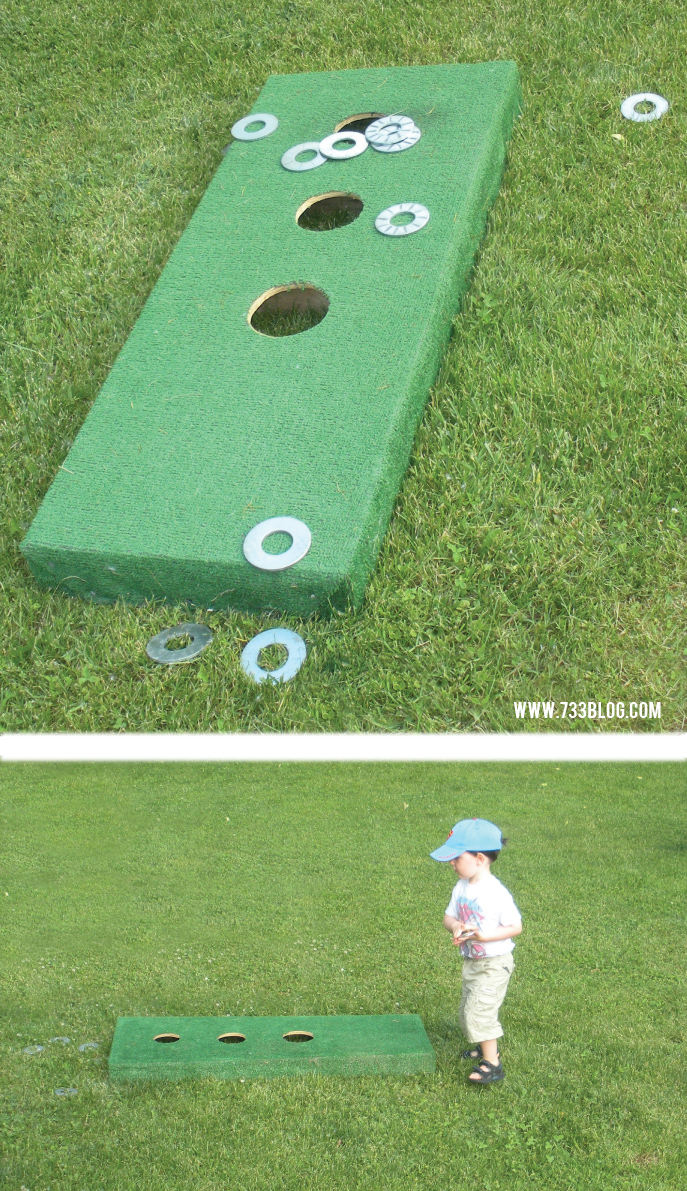 Very simple to make.  In fact, my father made this one after we were introduced to the game by my BIL’s family and played a rousing game. You just need some wood, outdoor carpeting and 12 larger washers. My father has the ability to take a peek and build without instructions, but since you aren’t seeing these and examining them, I decided to find you a tutorial! Head over to the Ultimate Camp Resource to get Polish Horseshoe Plans, for free!
The rules of the game are as follows:
Place the two boards approximately 8 feet apart, with the holes side facing each other.

Separate into even teams, or play one-one-one.

Each team gets six washers. (you need a total of 12 washers – spray paint or mark them in some way so that you can distinguish between the two teams)

The goal of the game is to get exactly21 points. Scoring is as follows:

The first hole is 1 point, the second is 3 and the farthest hole is worth 5.

Your score can not be greater than 21, so if you throw a washer and get points that put you over 21,s ubtract that number from your previous score instead.
Example: You have 20 points before your turn, you throw a 3, which gives you 23. That’s a no-go, so instead you would subject 3 from 20, giving you 17.

If your team throws first, do not pick up the washers after your turn. The next team throws theirs and if their washer lands in the same hole as yours, you don’t get those points.

The first person or team to 21, wins.

So I’m thinking of mod podging the washers with scrapbook paper…. I know I’ll get some funny looks, but come on, wouldn’t that be cute?!? 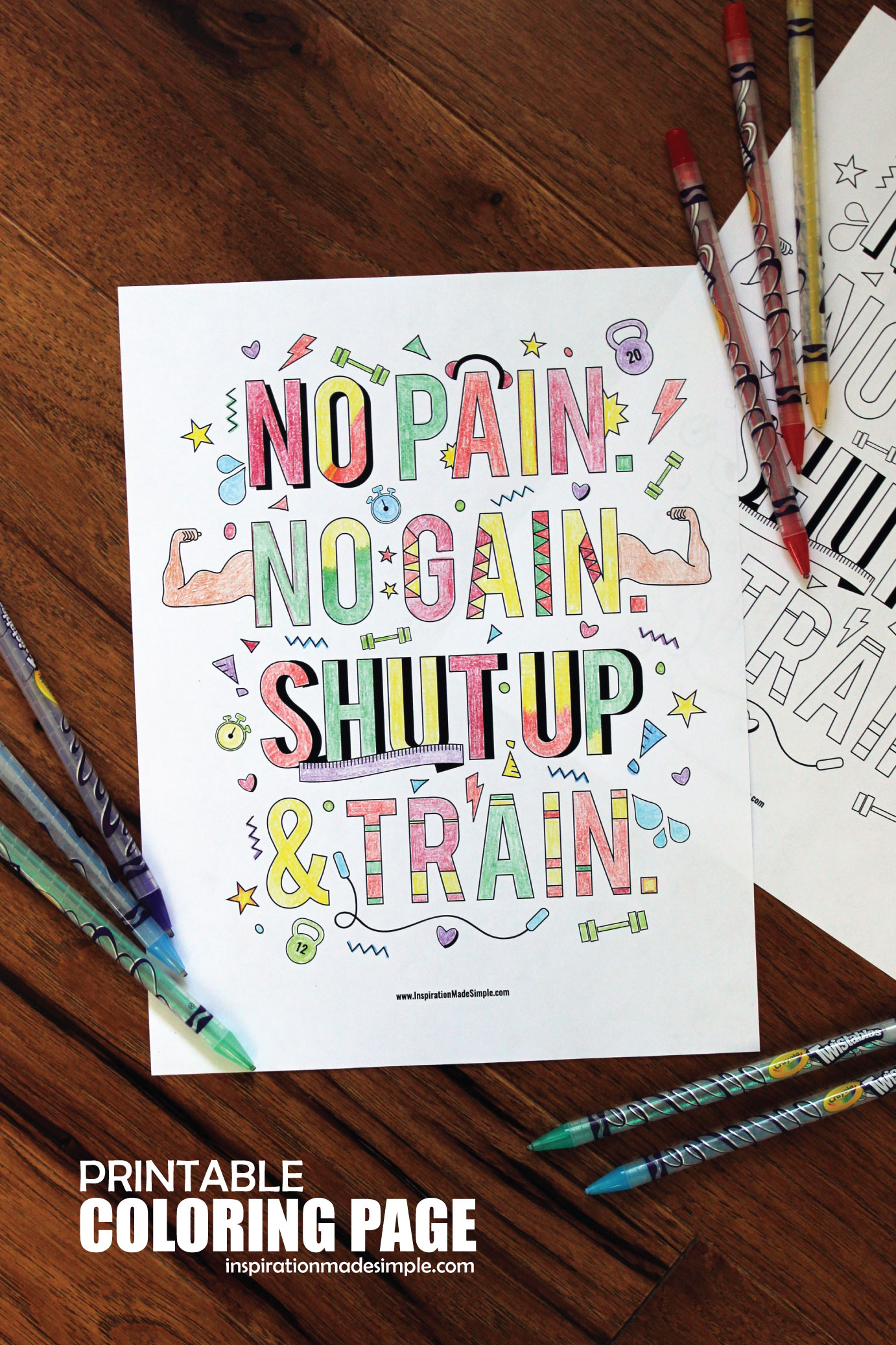 No Pain. No Gain. Coloring Page 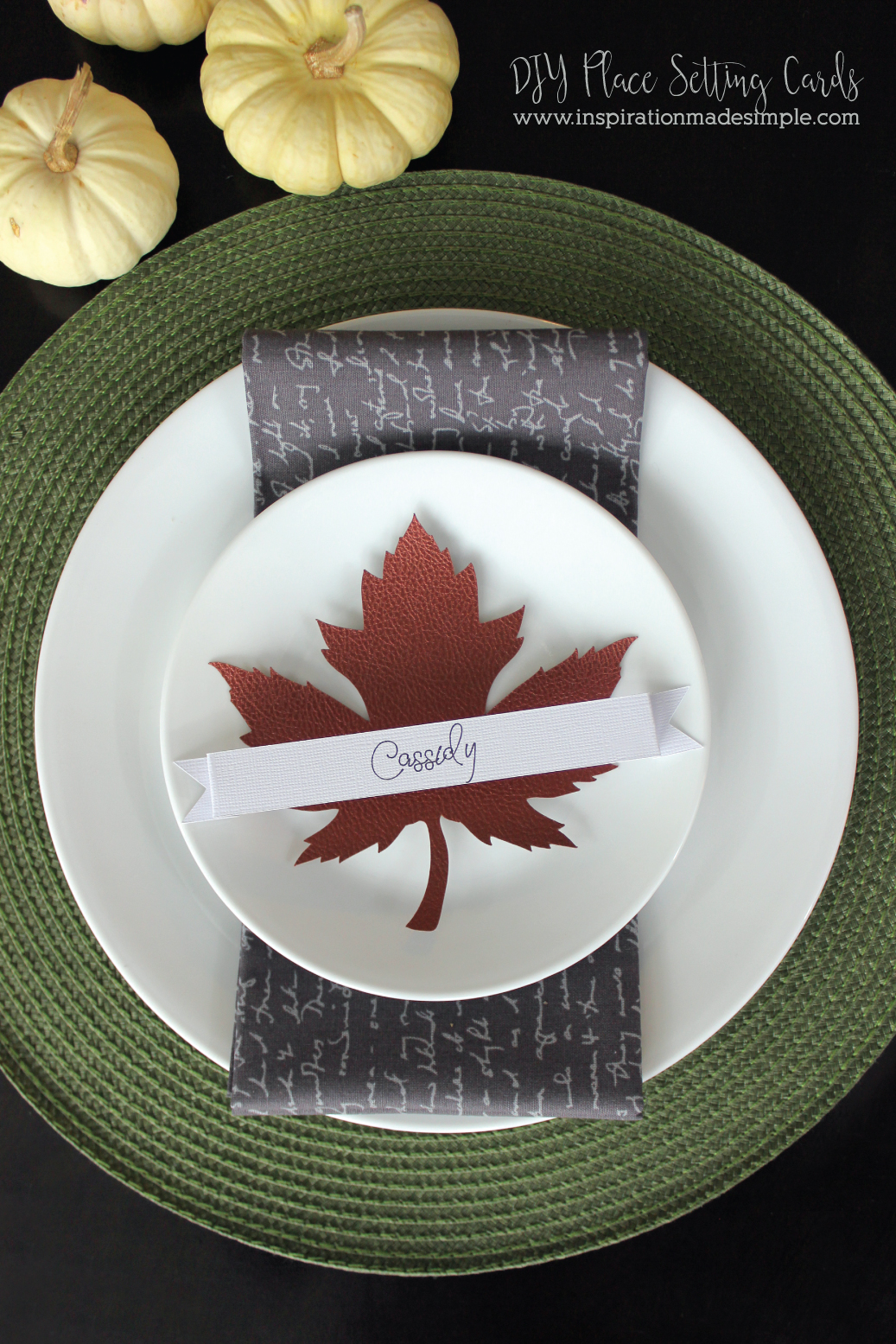 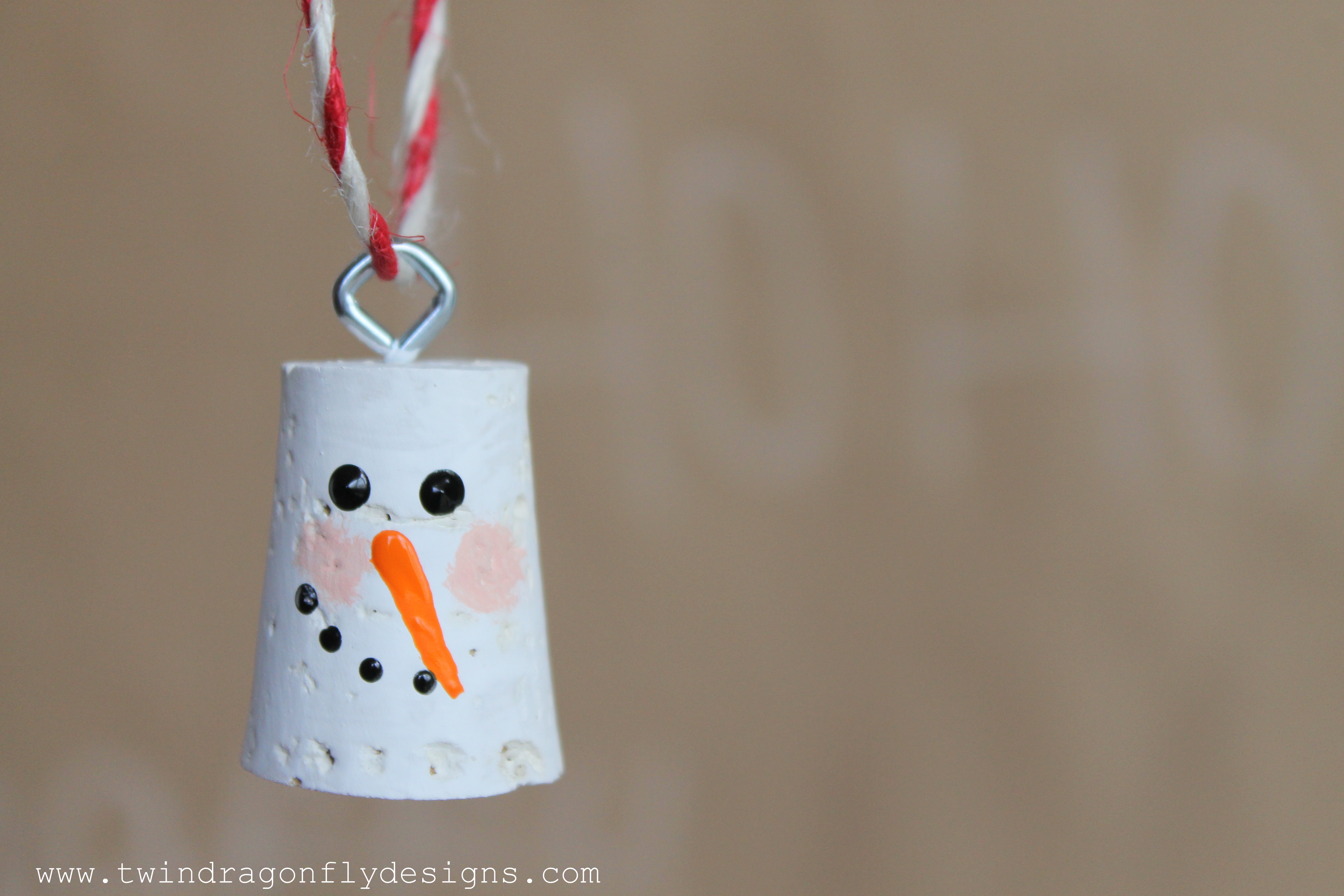 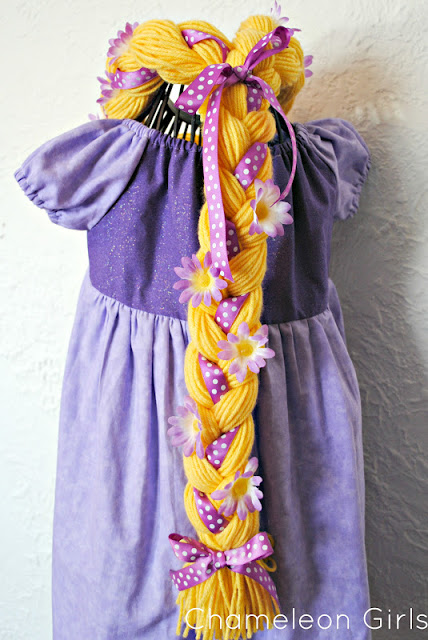