This is a sponsored post. I received product from Oriental Trading in return for sharing my experience. All opinions are 100% mine.

My daughter requested a Fire Hydrant party for her 5th birthday. It was a challenging theme for me, but she has loved Fire Hydrants since she was three, so I knew there would be no changing her mind! 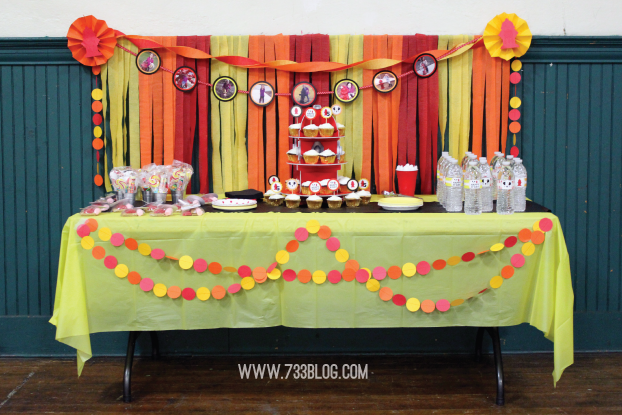 A few days before her backyard party, I checked the weather report and it wasn’t looking great – 62 degrees and 80% chance of rain, with heavy rainfall at times. We have a large family and I didn’t want to shove 40+ people in my house, so I rented the City Hall Gym. It doesn’t provide the prettiest back drop, but it was actually a great space and the kids had a ton of fun and worked off even more energy! Even the adults had a good time putting the basketball court to use! I brought hula hoops, a soccer ball, football and basketballs and they all got used. 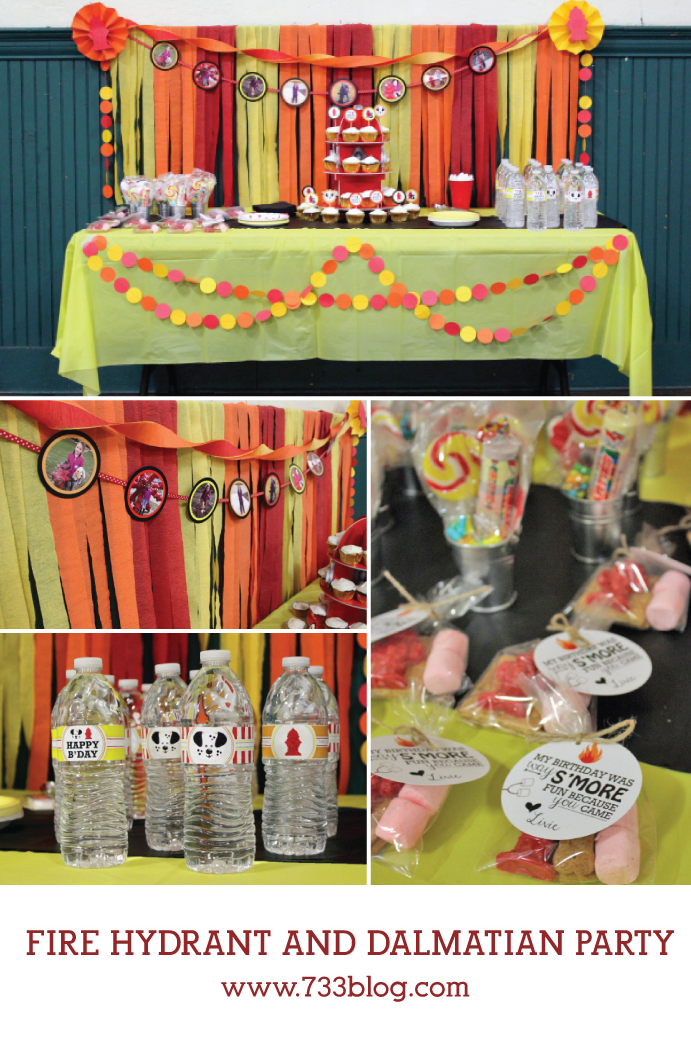 I was a bit bummed with the result of the pictures. I only had an hour to set-up the party and that included unloading my truck which I had to park a street over from City Hall, so I was trying to snap quick pictures of the set-up AS guests were arriving. 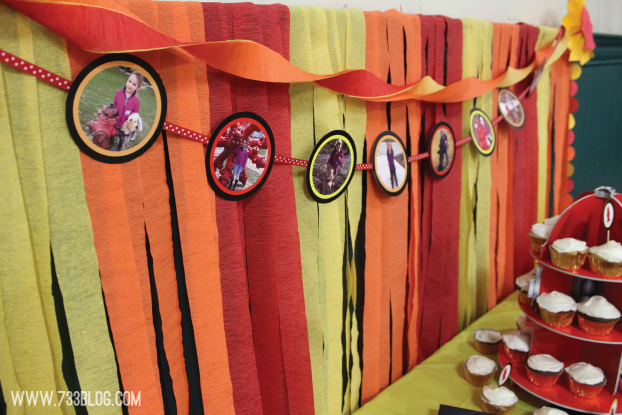 The banner on the backdrop had pictures of my daughter with her favorite fire hydrants around town. 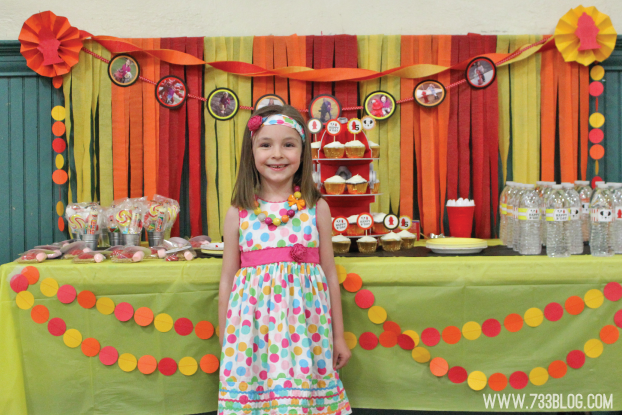 I have to give a big shout out to Oriental Trading. I got most of my supplies through them, including that awesome fire hydrant cupcake stand – which is actually made from a pretty thick material that can definitely be used more than once! All of the party ware – table clothes, streamers, paper plates, and napkins and the drink jug – came from Oriental Trading as well. If you purchase supplies from Oriental Trading, I would recommend doing so about 4-6 weeks prior to the party. This gives you plenty of time to receive the product, go through it and make sure you have everything need. They had such a wonderful array of party supplies, you can normally find some pretty fun things, even for a unique party such as this was.

The other decorations I made using Astrobrights Paper – the circle garland and the two medallions in the top corners . 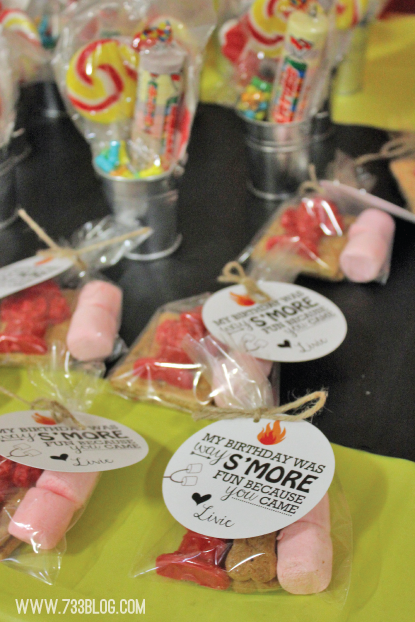 I made S’more favors for the kids using a Fire Hydrant Candy mold and red chocolates. 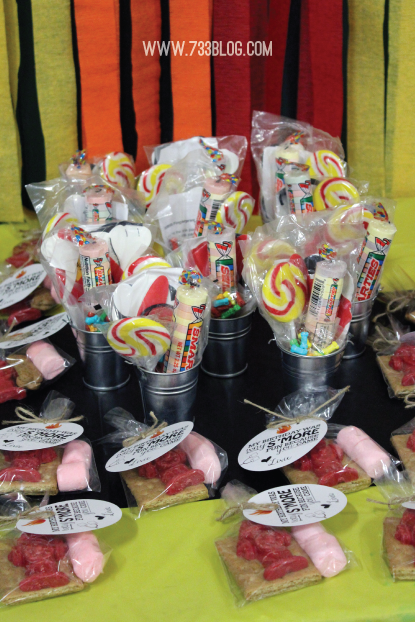 I also put together a small bucket favor that had dog bone candies, a fire fighter Dalmation Craft and a red, white and yellow lollipop all from Oriental Trading. 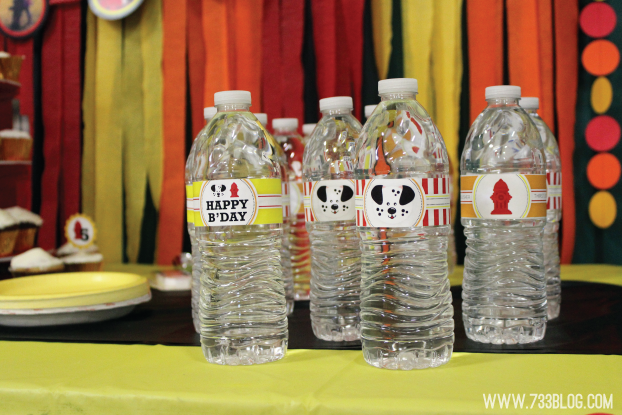 I used Astrobrights cardstock to make a Fire Hydrant crown, which I cut with my Silhouette. 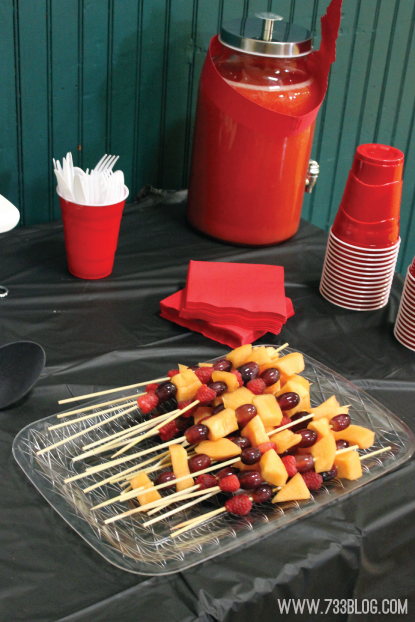 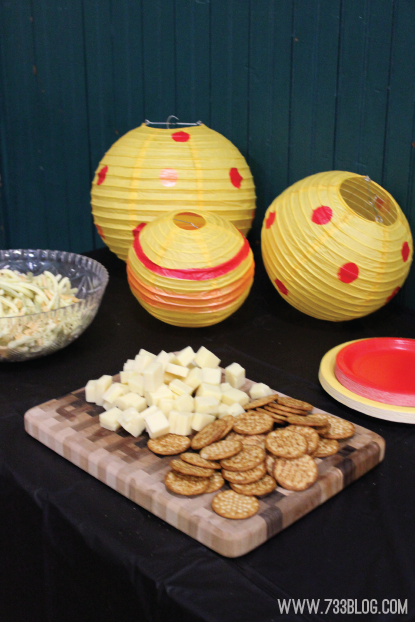 For food I had punch, fruit kabobs, Frank’s RedHot Suace Chicken with Cheese and Crackers and Veggie Chips. 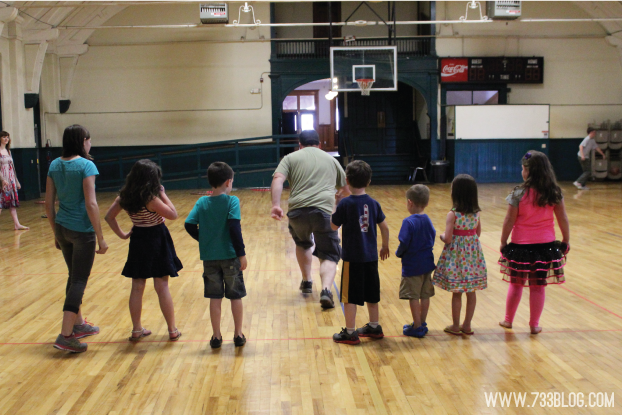 The space was huge! We had a ton of people and it still looked empty. 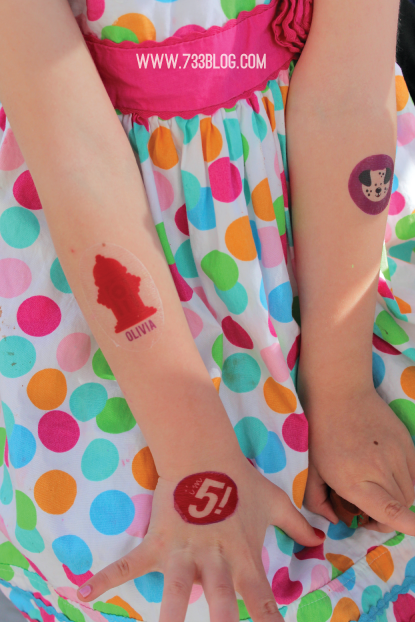 I set up a little table for tattoos and stickers that I designed and printed. For the tattoos I used Silhouette Temporary Tattoo paper. The stickers I made using Avery 2″ circle labels. 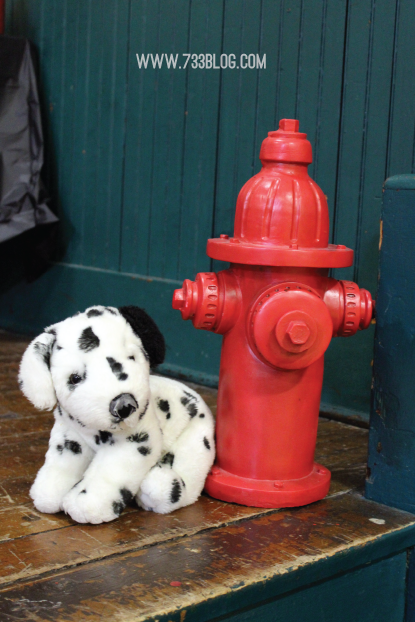 I only planned one activity – PUT OUT THE FIRE! I put a few candies in balloons (red, yellow and orange) and called the kids into a group. I stood on the stage in the gym and told them they were all going to be Fire Hydrants and had to put out the fire, and then I emptied the bag full of balloons onto the floor and yelled “FIREEEEEE!” My kids already knew what they were suppose to do, so they started “putting out the fire” by popping the balloons and the other kids joined in. It was actually quite the hit and a different take on a pinata. 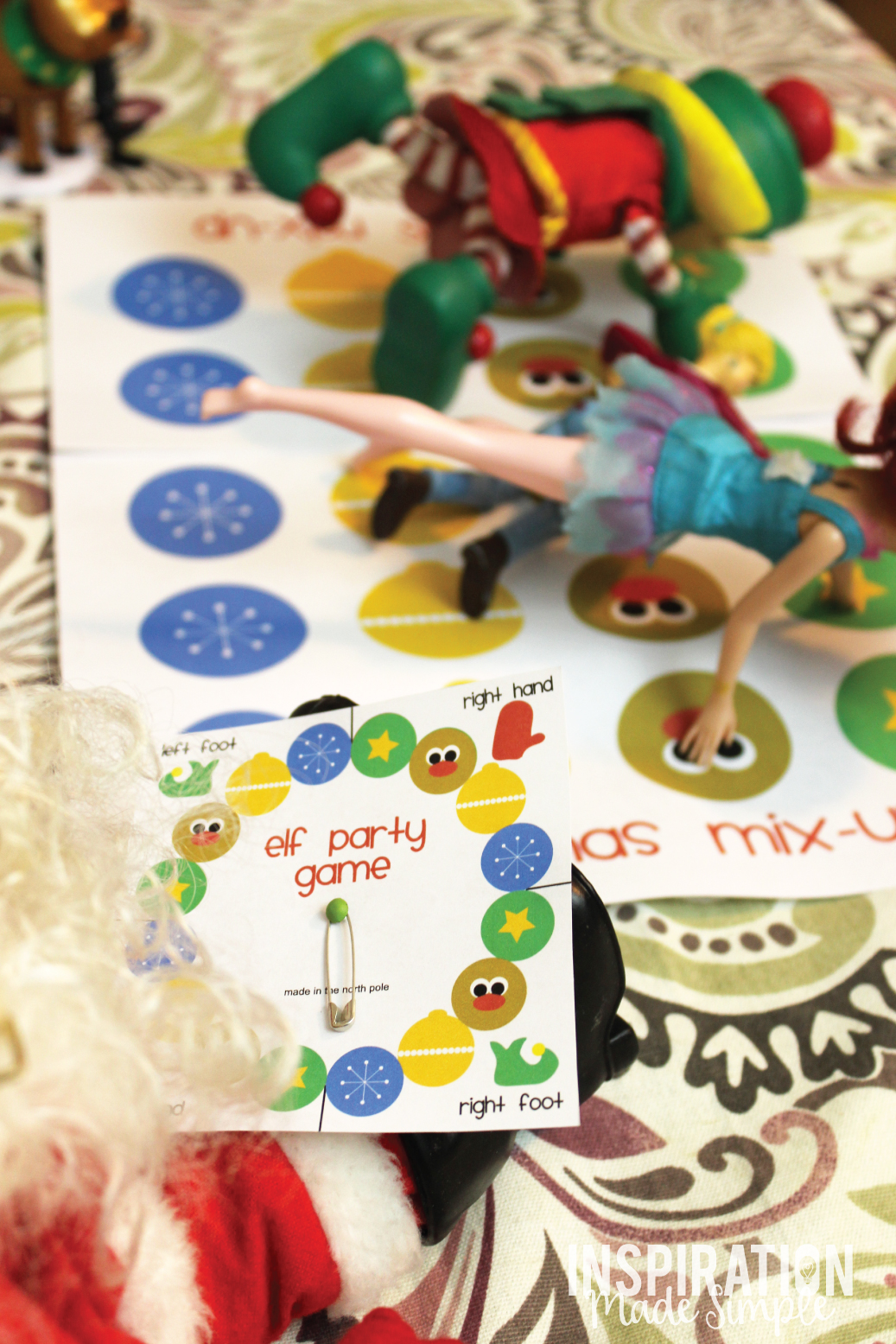 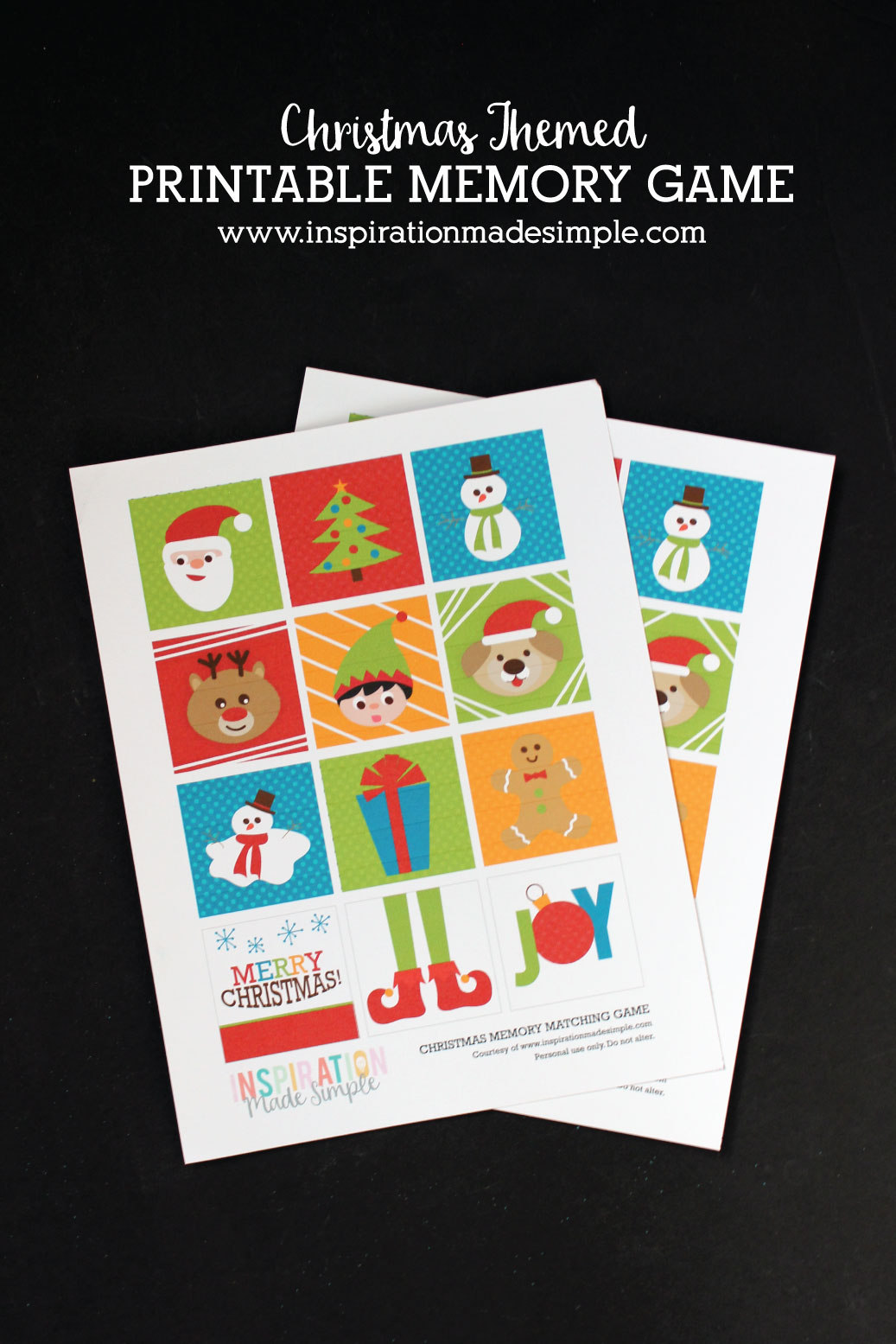 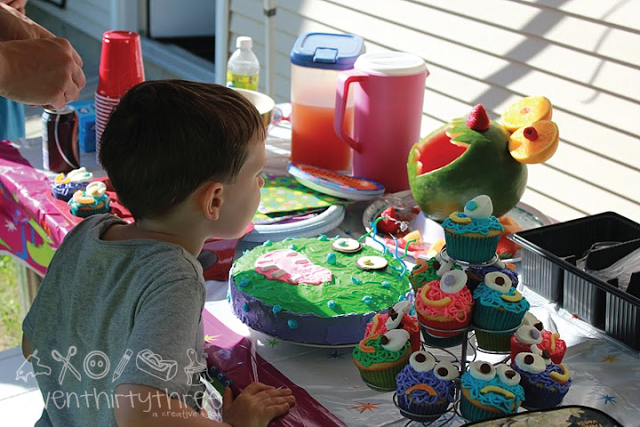 It was a Monster BASH! 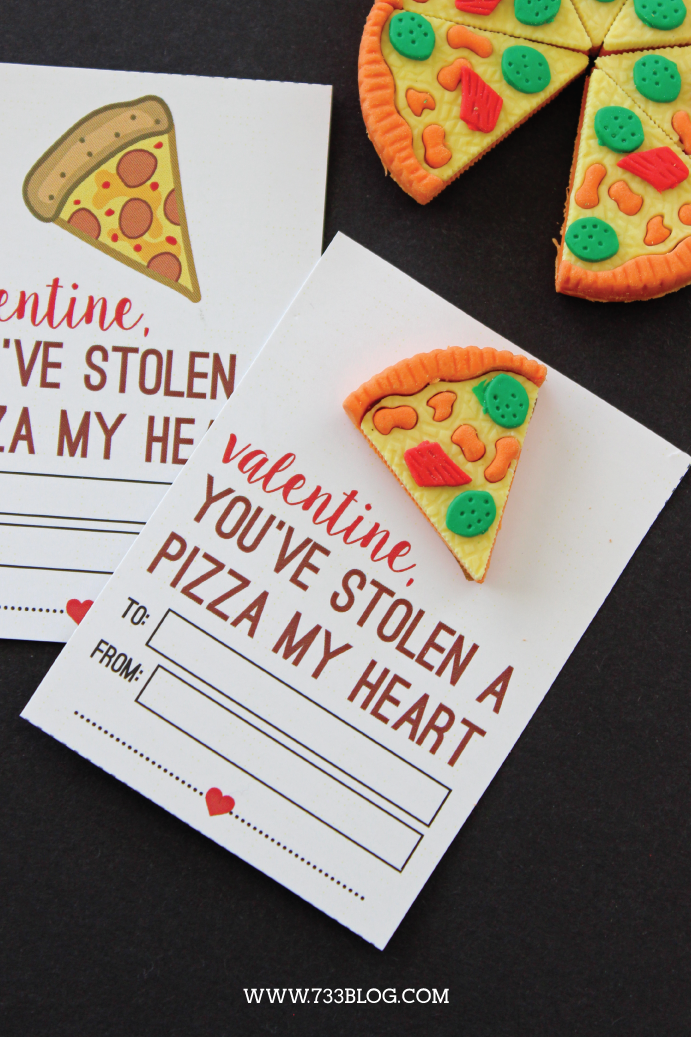