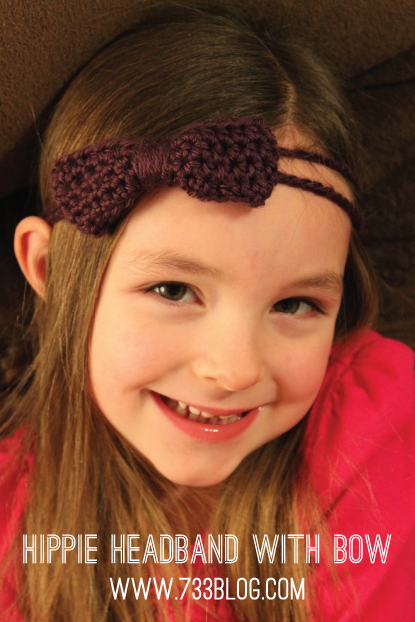 I’m loving crochet bows. They are simple and adorable and have a ton of uses!
Plus they look complicated to the untrained eye, but they are super simple to create.
I look at them and automatically say “awwww!” and so do a lot of other people if my daughters hairbows are any indication!


I’ve made a couple of headbands now, the first was this simple one: 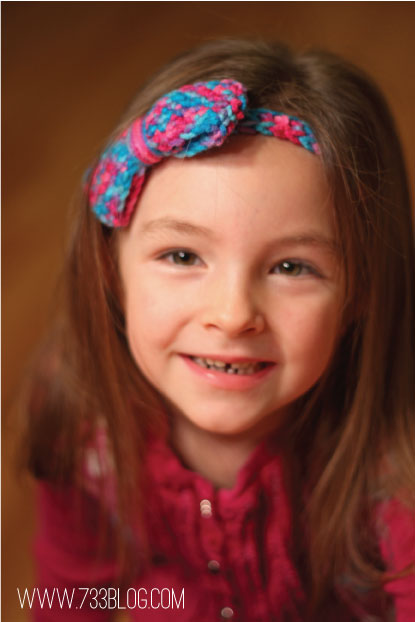 For the above headband I chained 55, joined with a slip stitch, chained 2 and then double crocheted all the way around. I wrapped the bow around the middle a few times and then around the headband to secure in place.
To make the above style bow, I used the Crochet Bow Pattern from Just Between Friends.

I was sitting around last night thinking I should crochet something and started to make another headband… as I started to chain I decided I could make a super simple chain headband with a bow and this is what I came up with: 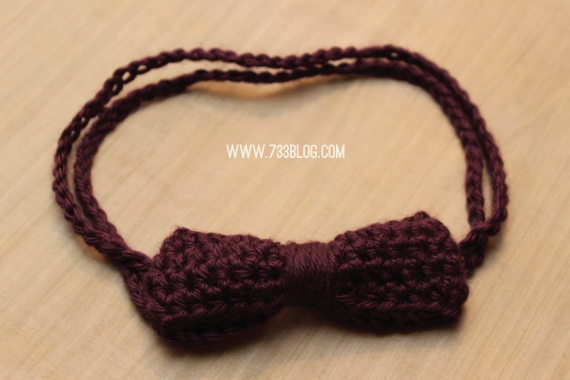 PATTERN BELOW:
First I made the bow using the tutorial I shared above – I didn’t wrap the middle of the bow until I completed my headband.

To make the headband:
I used an I hook and soft worsted weight yarn.
Chain 65 (you’ll want to chain and then measure it against your child’s head).
Slip stitch to join (making sure the chain doesn’t get twisted).
Chain another 65 (or whatever you did for the first).
Slip stitch into the same space as before to join.
Tie off and trim tails.
This gives you a two band headband. 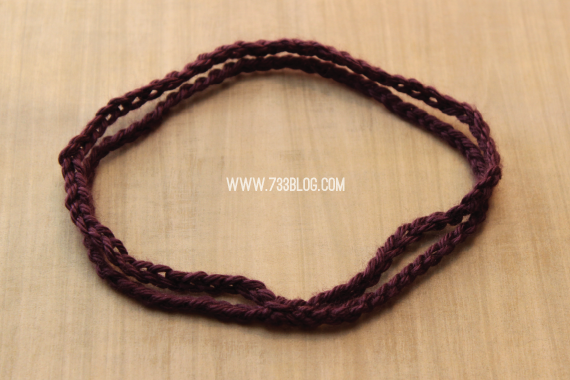 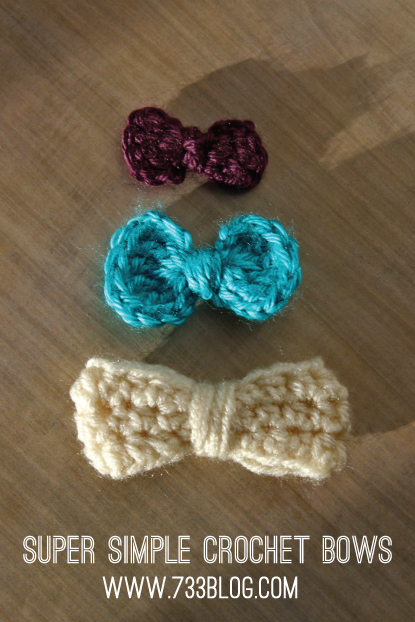 I also LOVE the smaller bow style (the top two in the picture above).
These takes me exactly 2 minutes to create!
I initially followed the pattern on YouTube by Bobwilson123, but I wanted to make even smaller ones for bookmarks so I did the following: chained four, sl st to join, chain 3, 3 DC, chain 3, sl st, and repeat for the other side.
I used these for hair clips for babies and as embellishments on newborn hats. SO CUTE!
Stay up-to-date with all things seven thirty three: 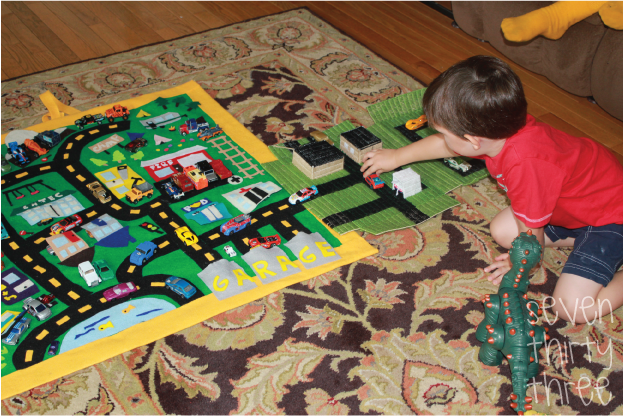 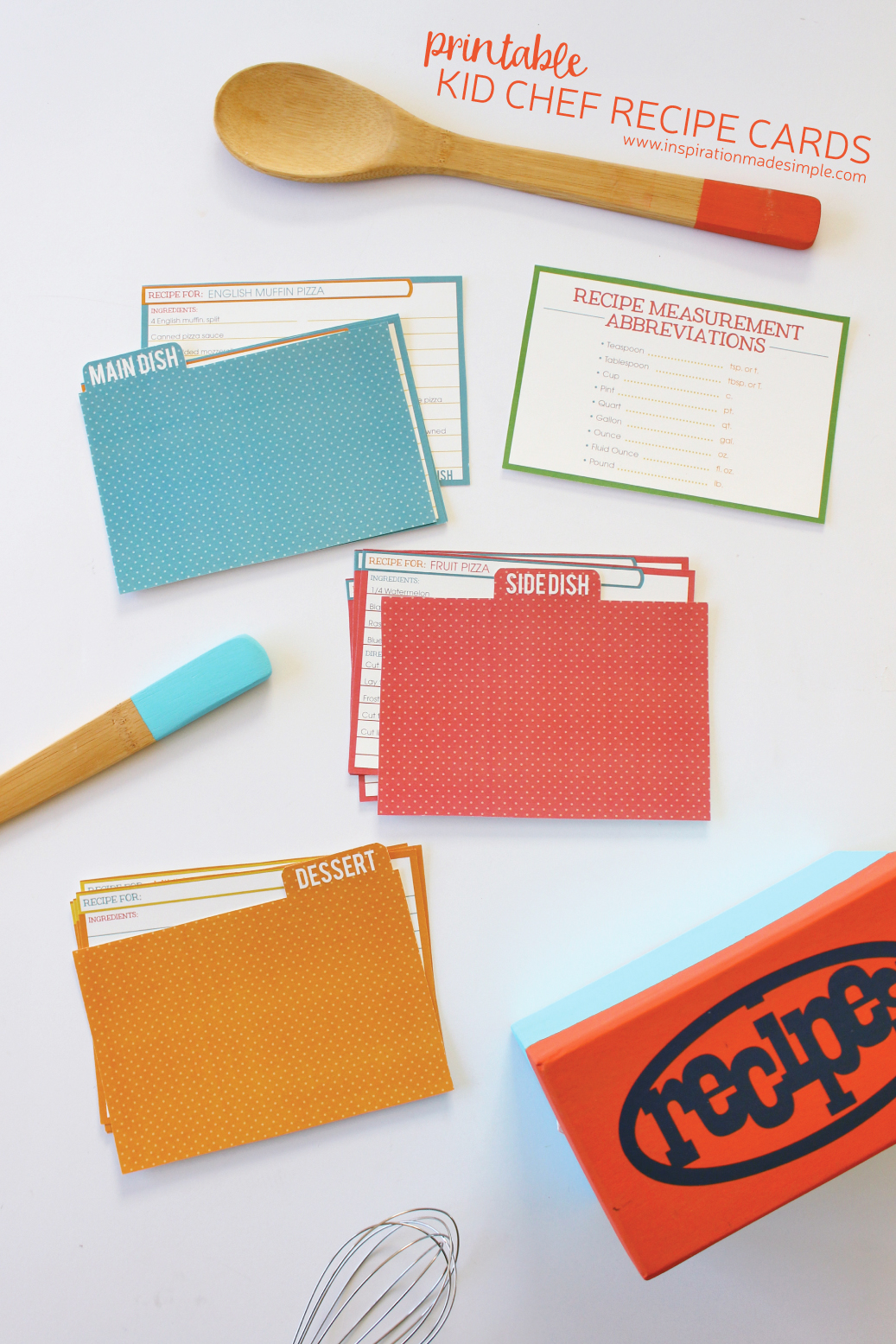 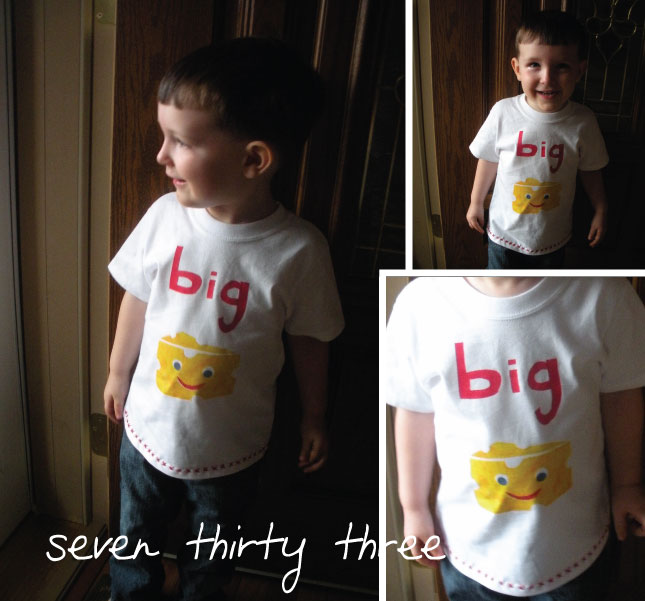 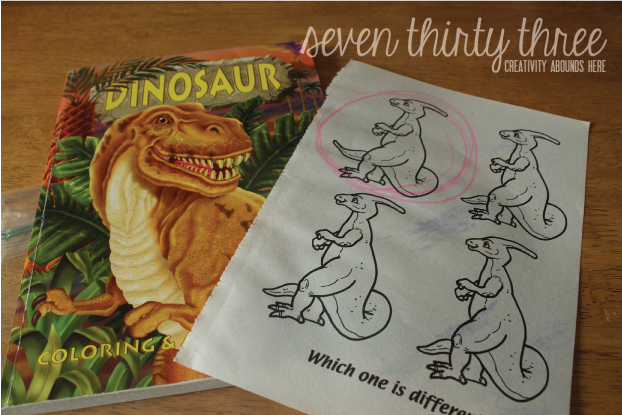