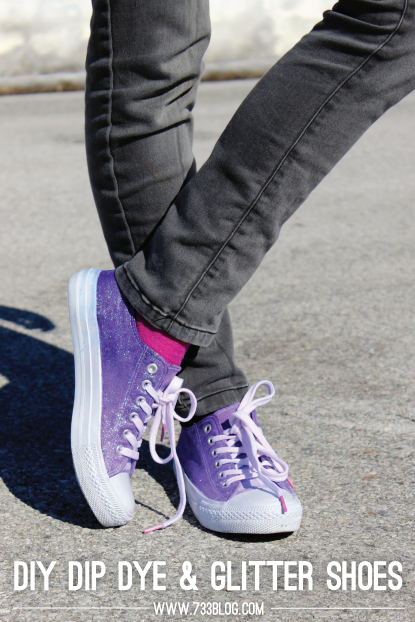 Can you tell we’ve been enjoying dying shoes in our house? In case you missed it, don’t miss either of my girls shoes: 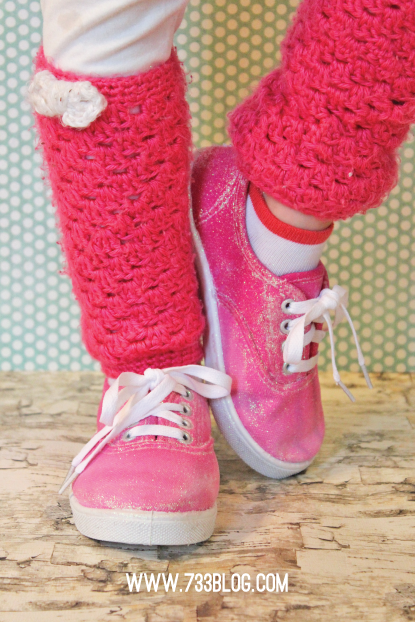 My son wanted in on the action and came up with an American Flag idea… unfortunately the end result turned out a bit too girly for his taste (and then I took it a step further and added glitter), but we still enjoyed making them. 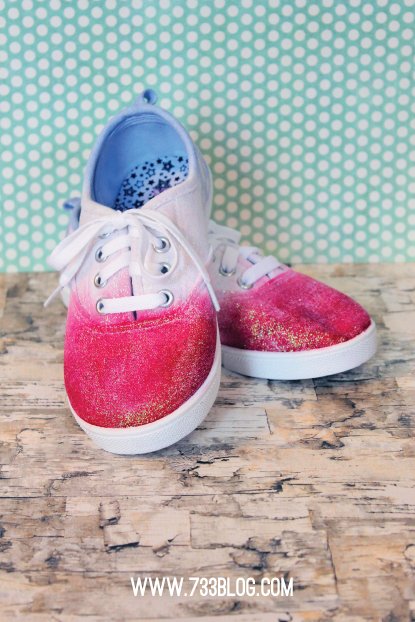 To make a pair of your own you will need a pair of canvas sneakers (I found these at Walmart for $6), a packet of red dye and a packet of blue dye, vaseline, and a bleach pen.
Step 1: Rub a thick layer of vaseline over the rubber portion of the side of the shoe – this protects it from being stained by the dye. Be very careful to not let it get onto the canvas part of the shoe or you’ll have discoloration. The good news is the glitter typically hides any imperfections.
Step 2: If your shoe has removable inserts, take them out. If not, no worries, you’ll just have a dyed sole as well. Remove the laces and set aside. ** Laces will not dye, ask me how I know. 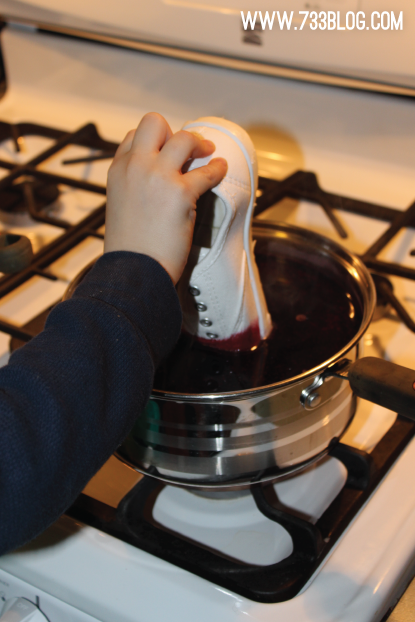 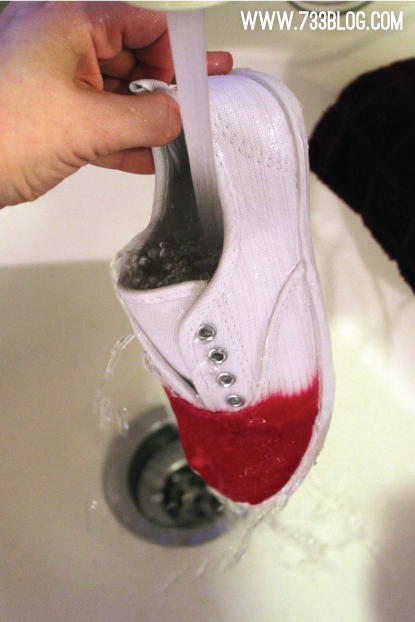 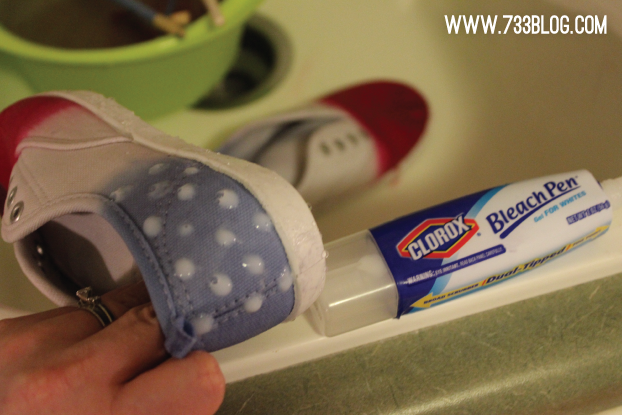 Step 4: With a bleach pen, add some dots into the blue of the shoe. I did one shoe, set it aside, did the other and set it aside. Then I rinsed the bleach of the first shoe and then the second. As the shoe dries, the whiter the dots become. 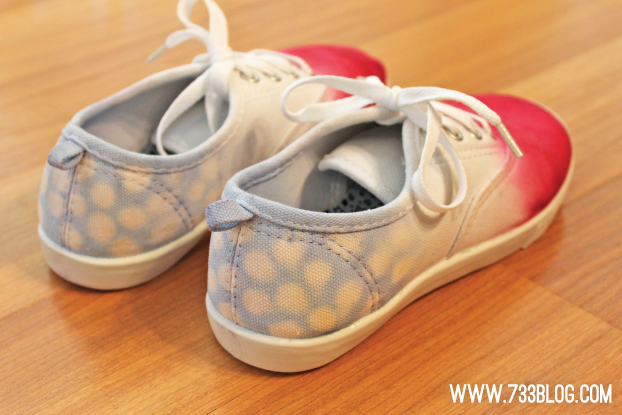 Step 5: Set aside to dry. After seeing this, my son decided he wouldn’t wear them because they looked to girly, so I went forward and added a bit of sparkle. We had hoped they would fit my niece, but she grew two sizes in a matter of months and they didn’t. I’ll just stick them in my daughters closet until she grows into them. 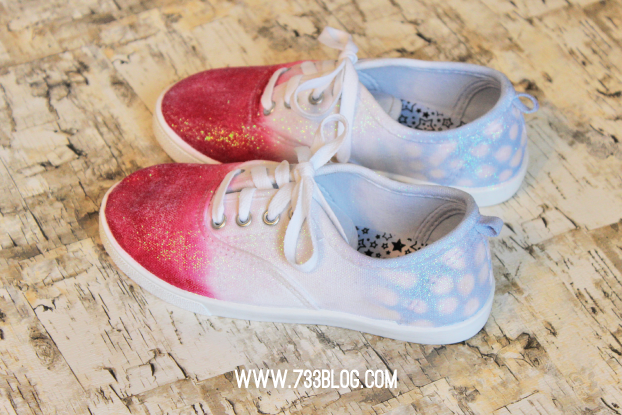 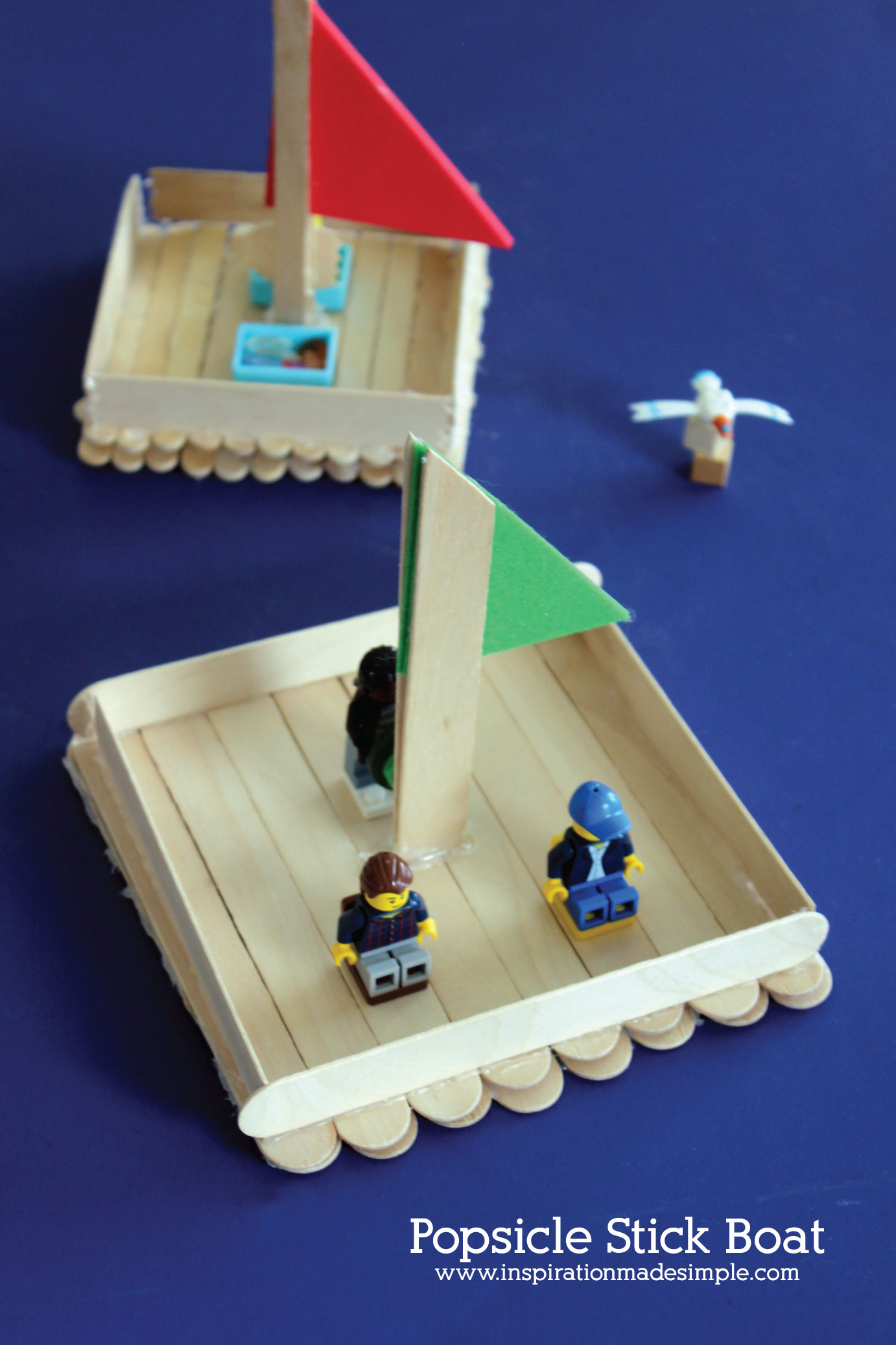 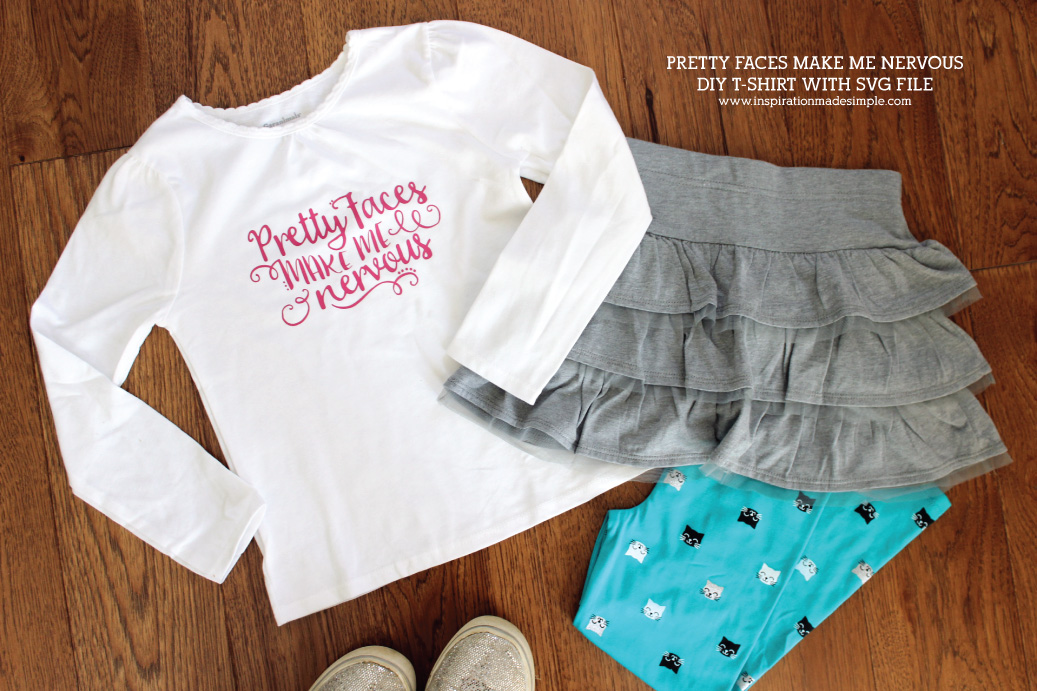 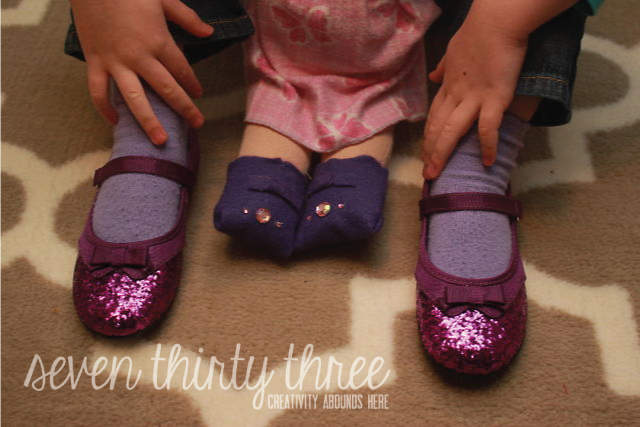 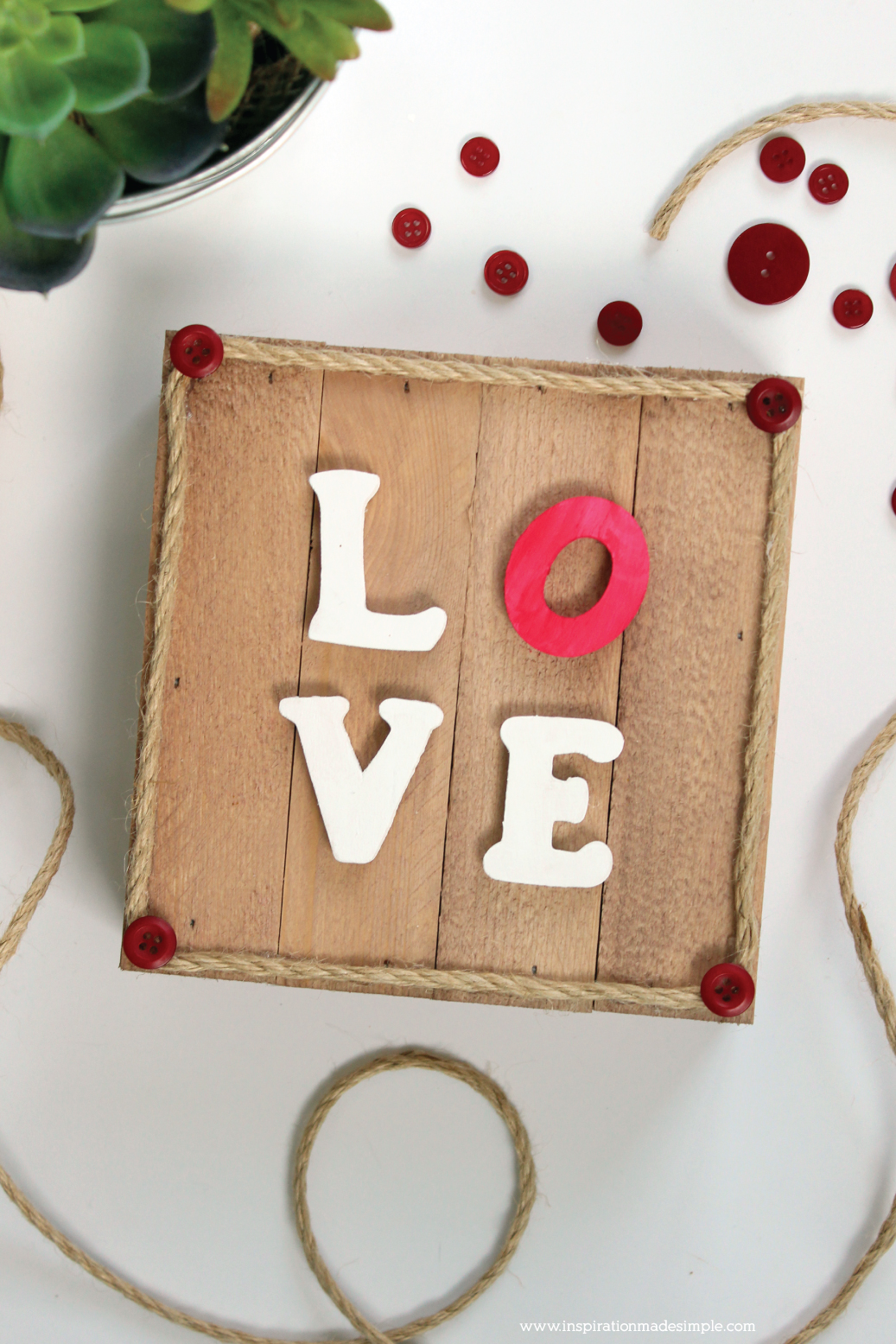