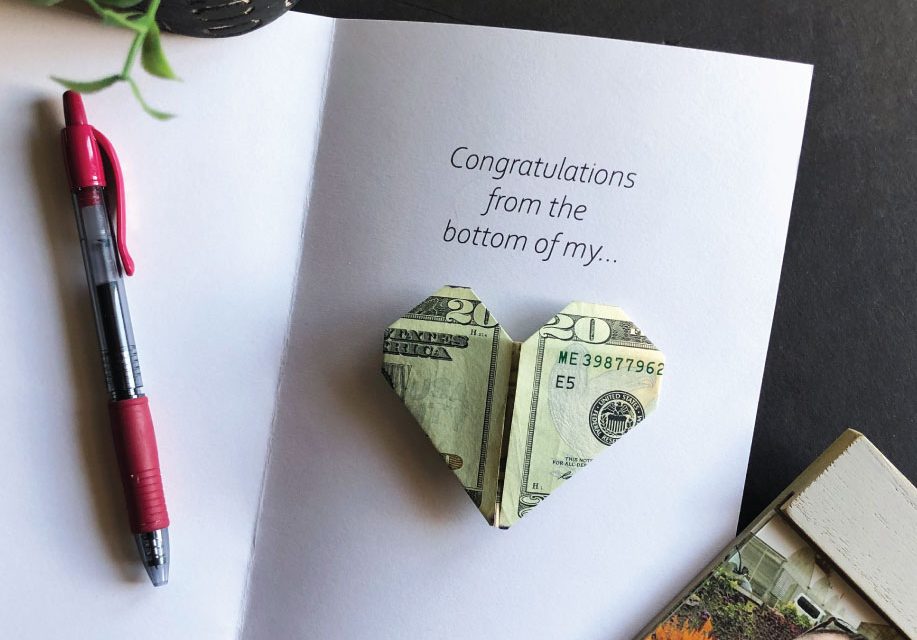 Sometime’s gifting money is the easiest or most practical option… but that doesn’t mean I want to simply put a bill in a card and call it a day! I still want the recipient to know that I chose the monetary gift with them in mind and still put thought into the gift. One fun and simple way to do so is to create an Origami Heart from a bill. I’ll give you a step-by-step tutorial, with photos, on how to do so below. In addition, I put together two printable cards that are perfect to place your heart money inside of!

You’ll need a flat bill of any nomination. If it has a few folds already, that’s ok.

Lay the bill face side down. 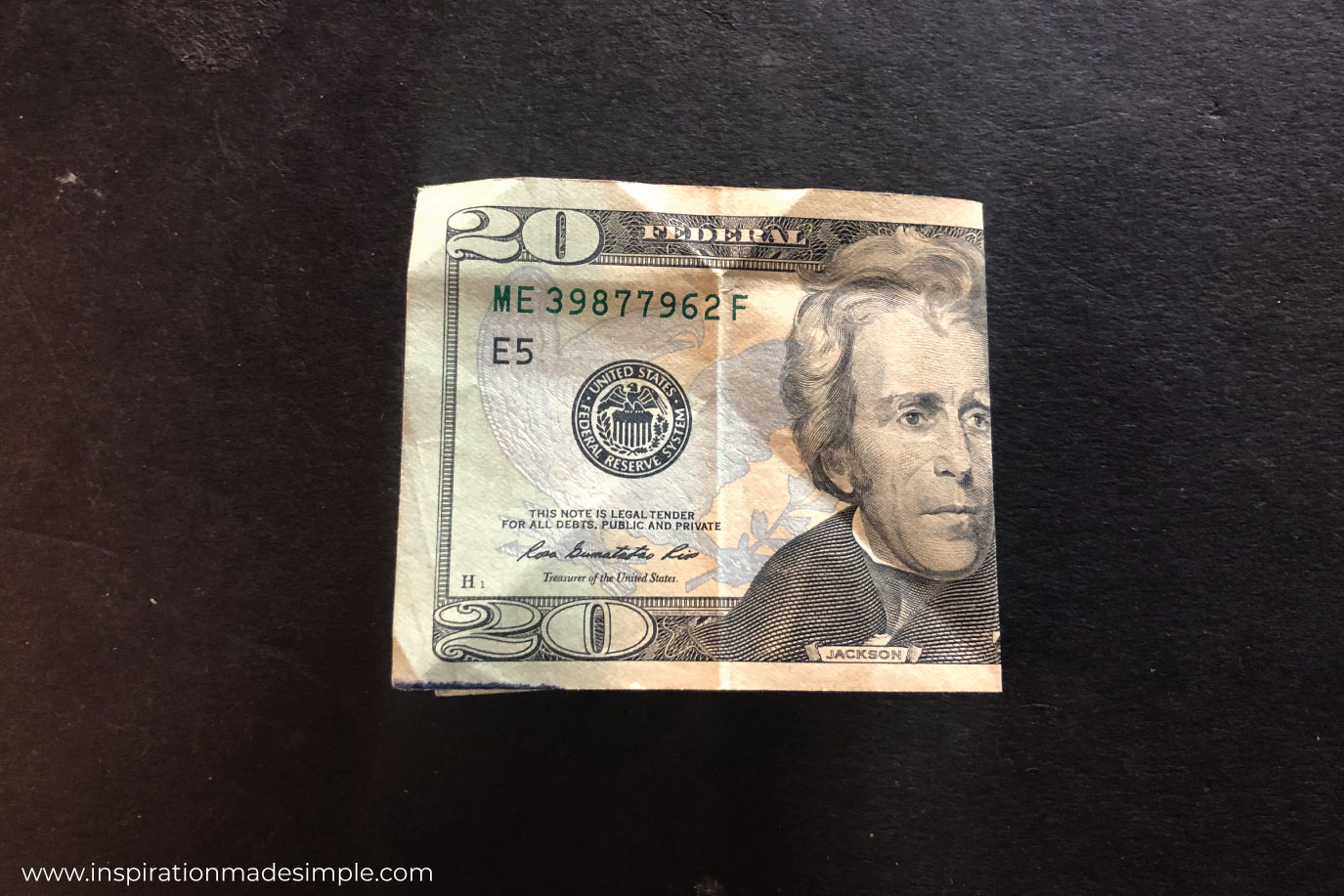 Fold the bill in half, crease along the fold and then unfold it. 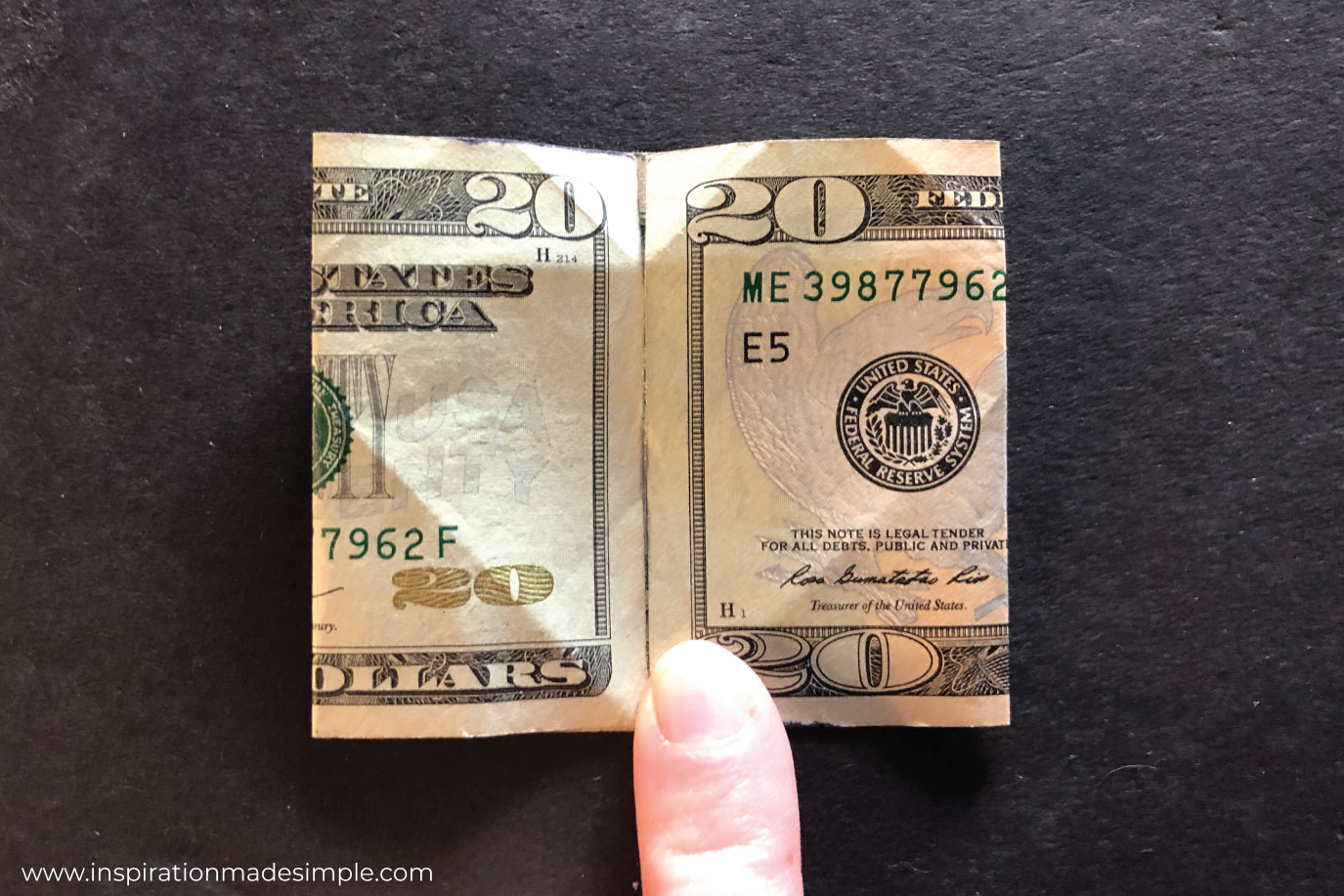 Fold both edges to the center line.

Flip the folded bill over so that the face side is up. 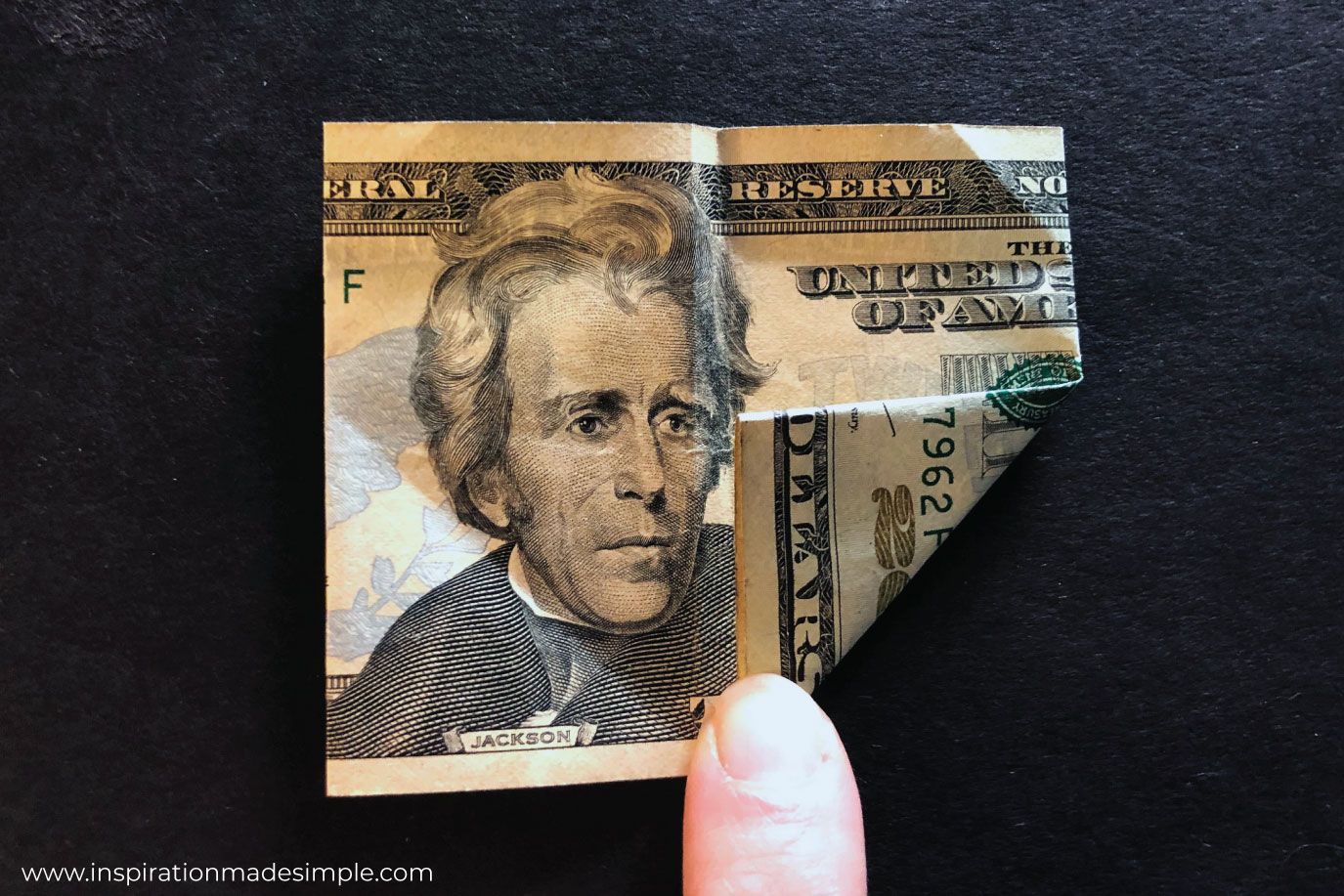 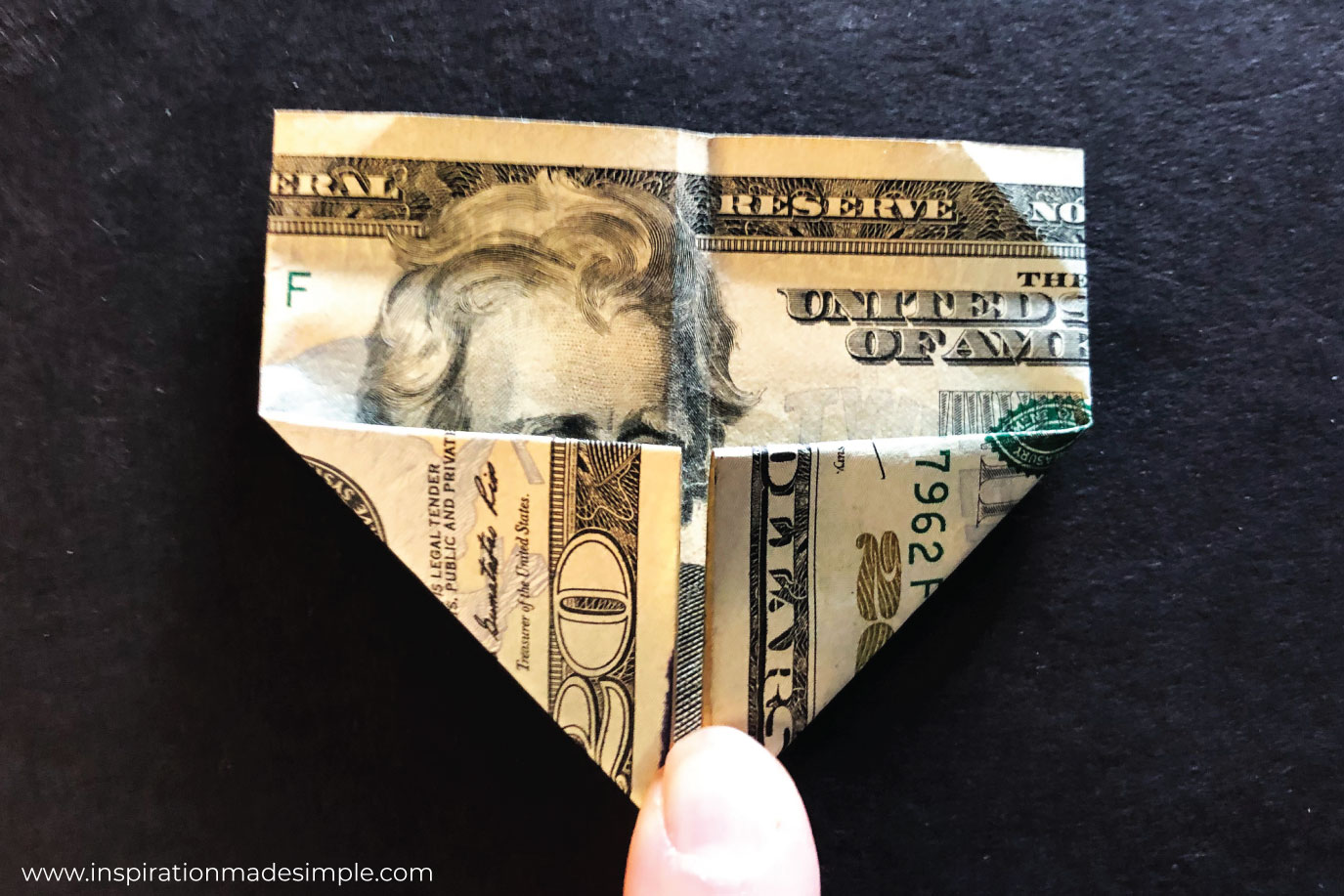 Fold the two bottom corners to the center line and then crease. 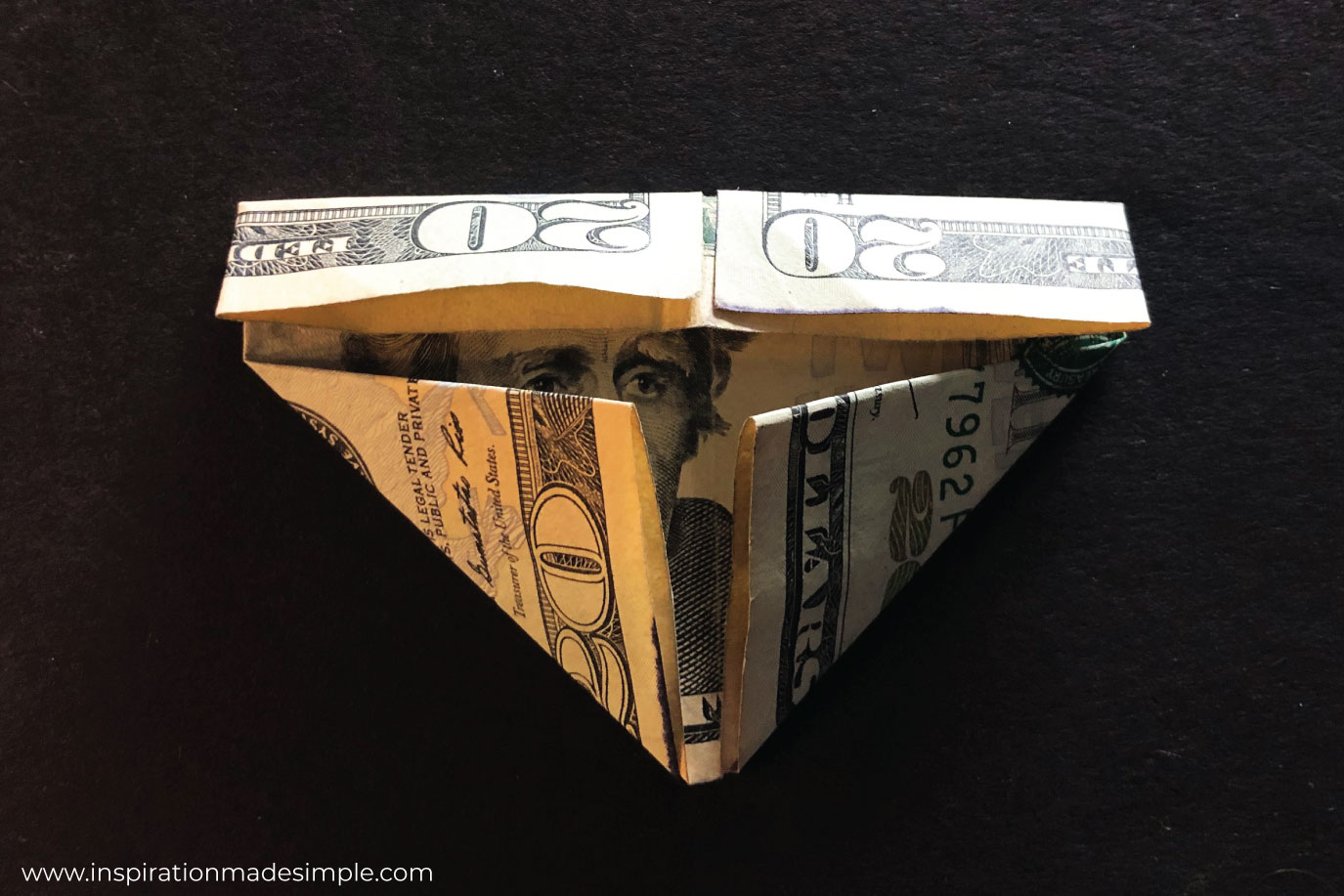 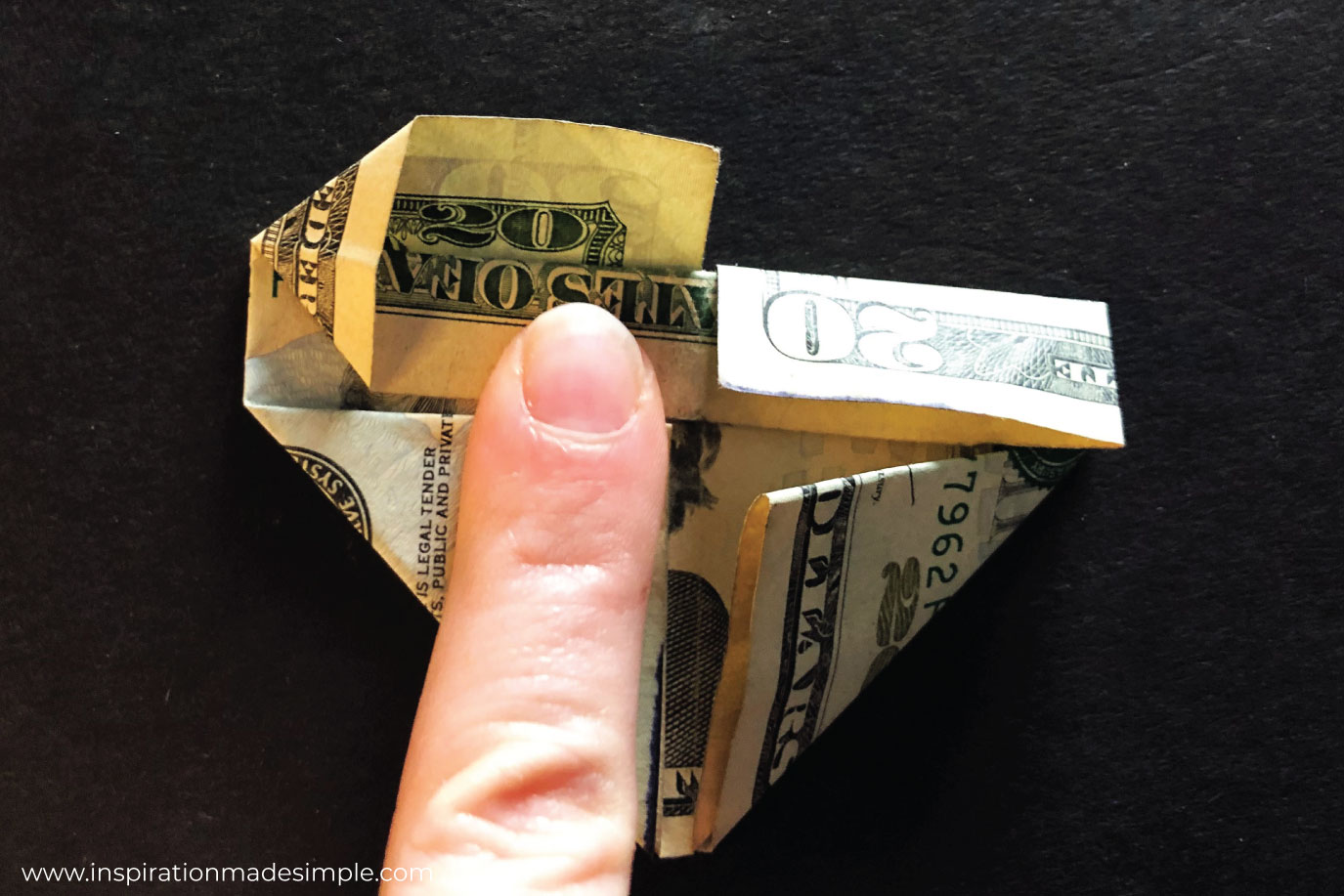 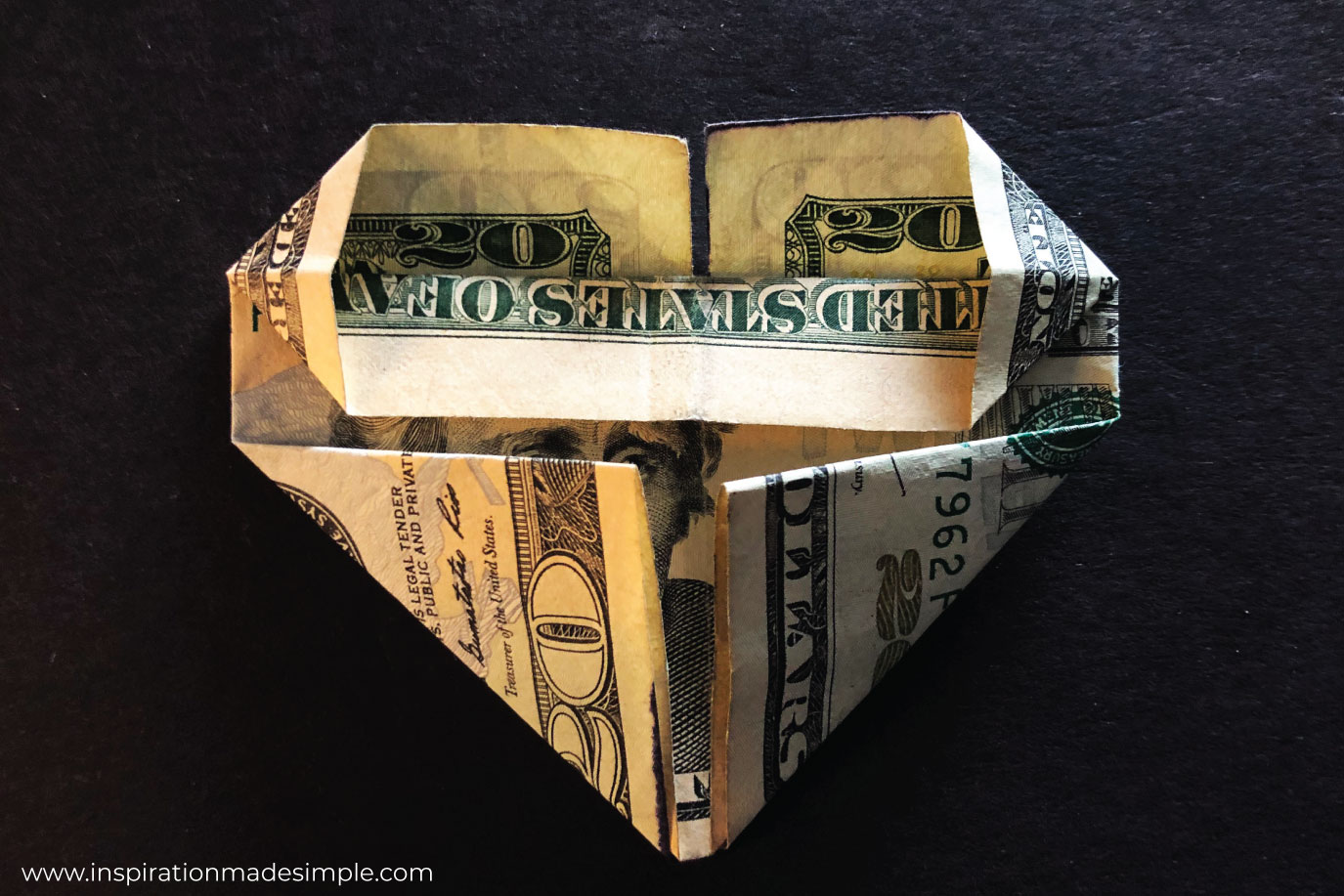 The next step is a bit tricky to explain, but you’re going to create triangular creases on the top corners. Using your finger, separate the layers of the top fold. On one side, press the corner down so that it forms a triangular crease. Repeat for the other side. 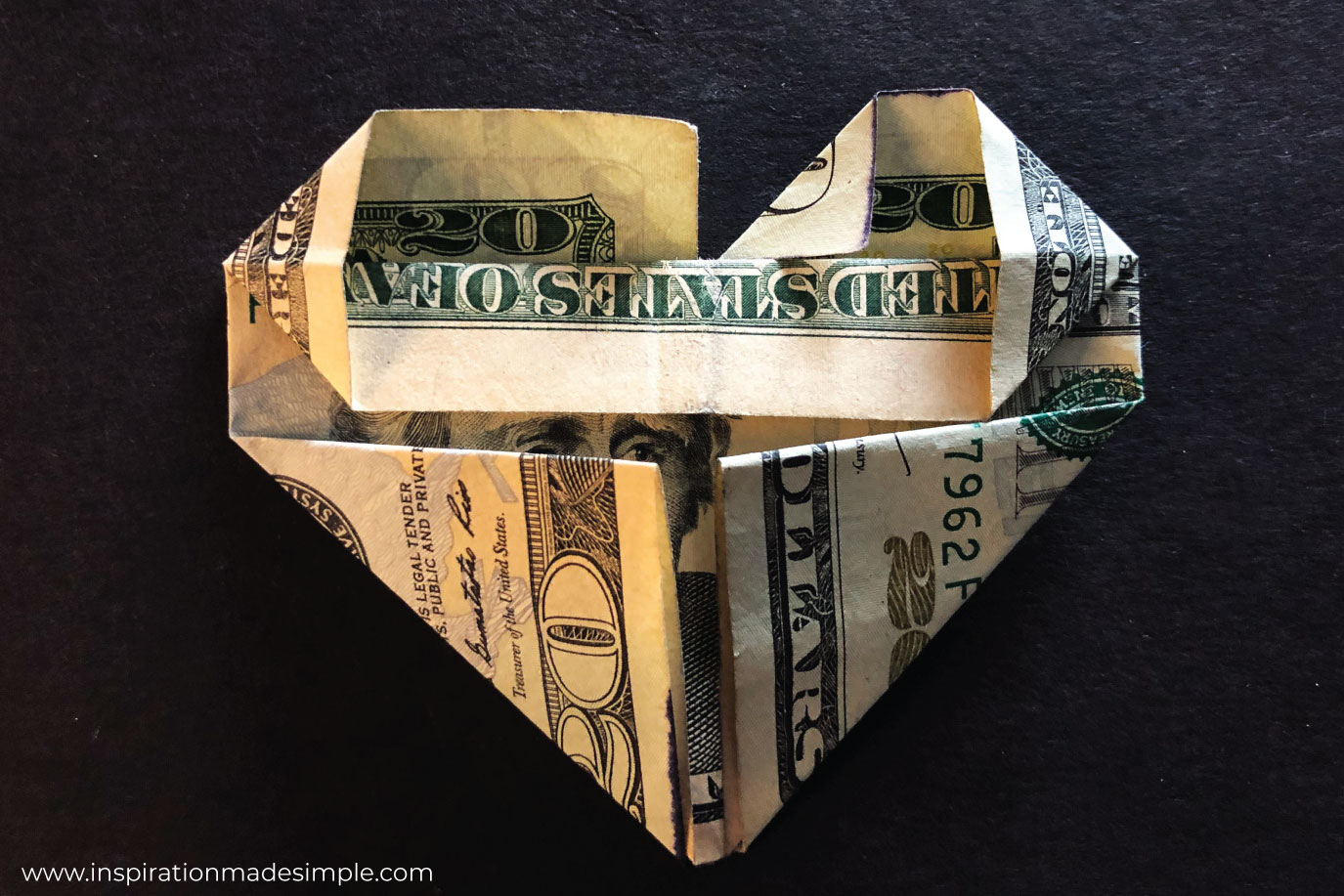 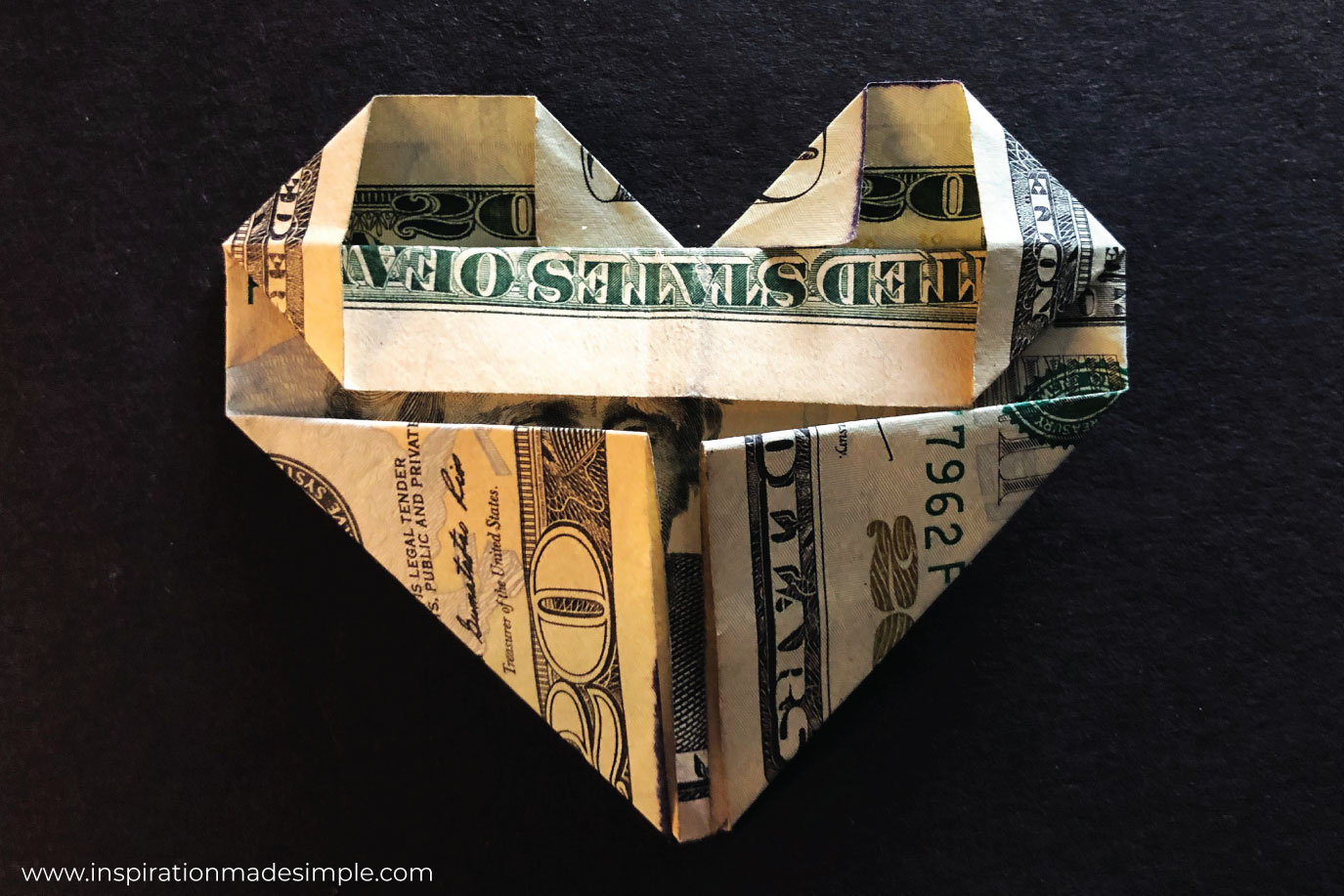 Lastly, fold the top flap to meet the top of the top fold. Repeat on the other side. 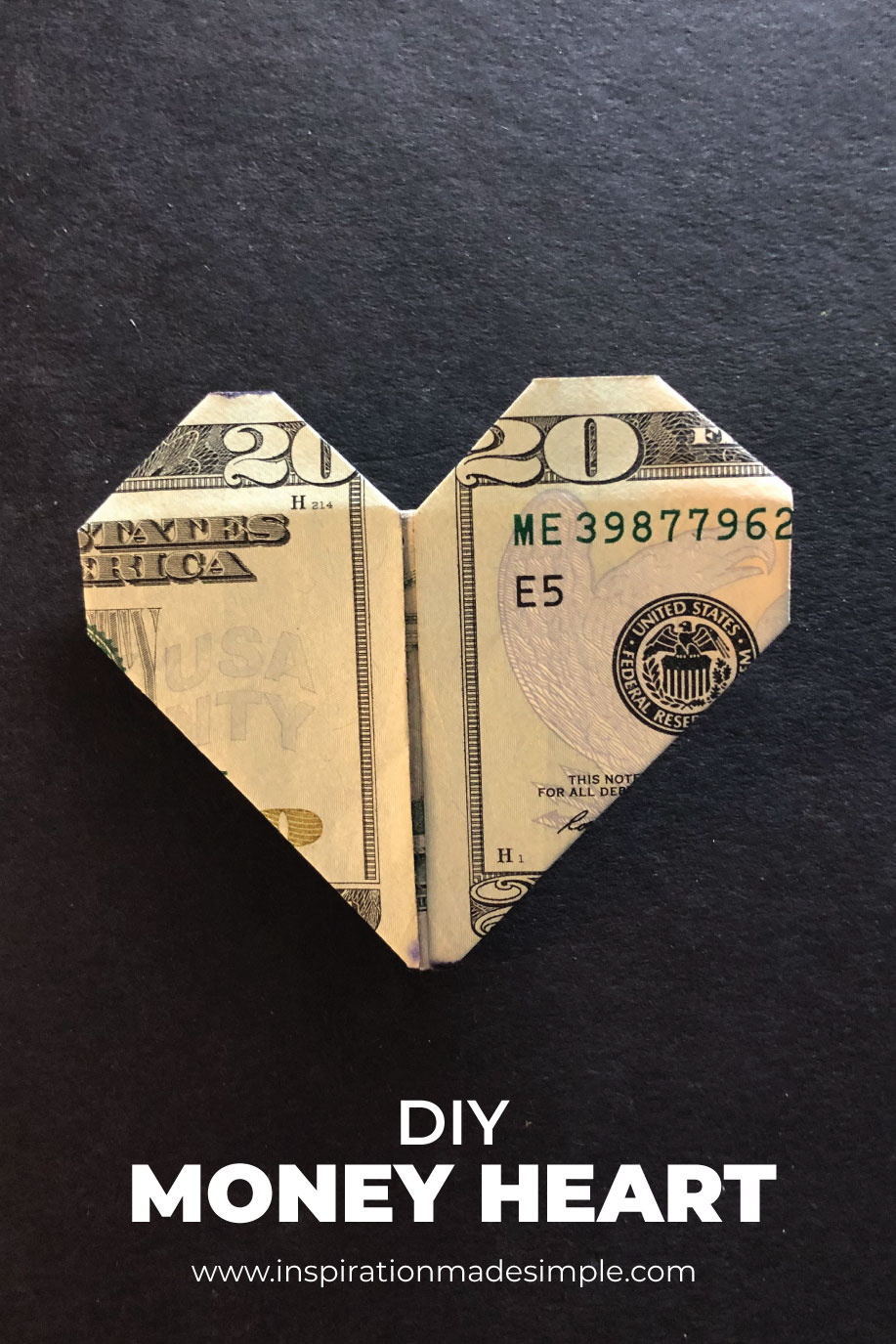 Flip it over and you have a money heart! 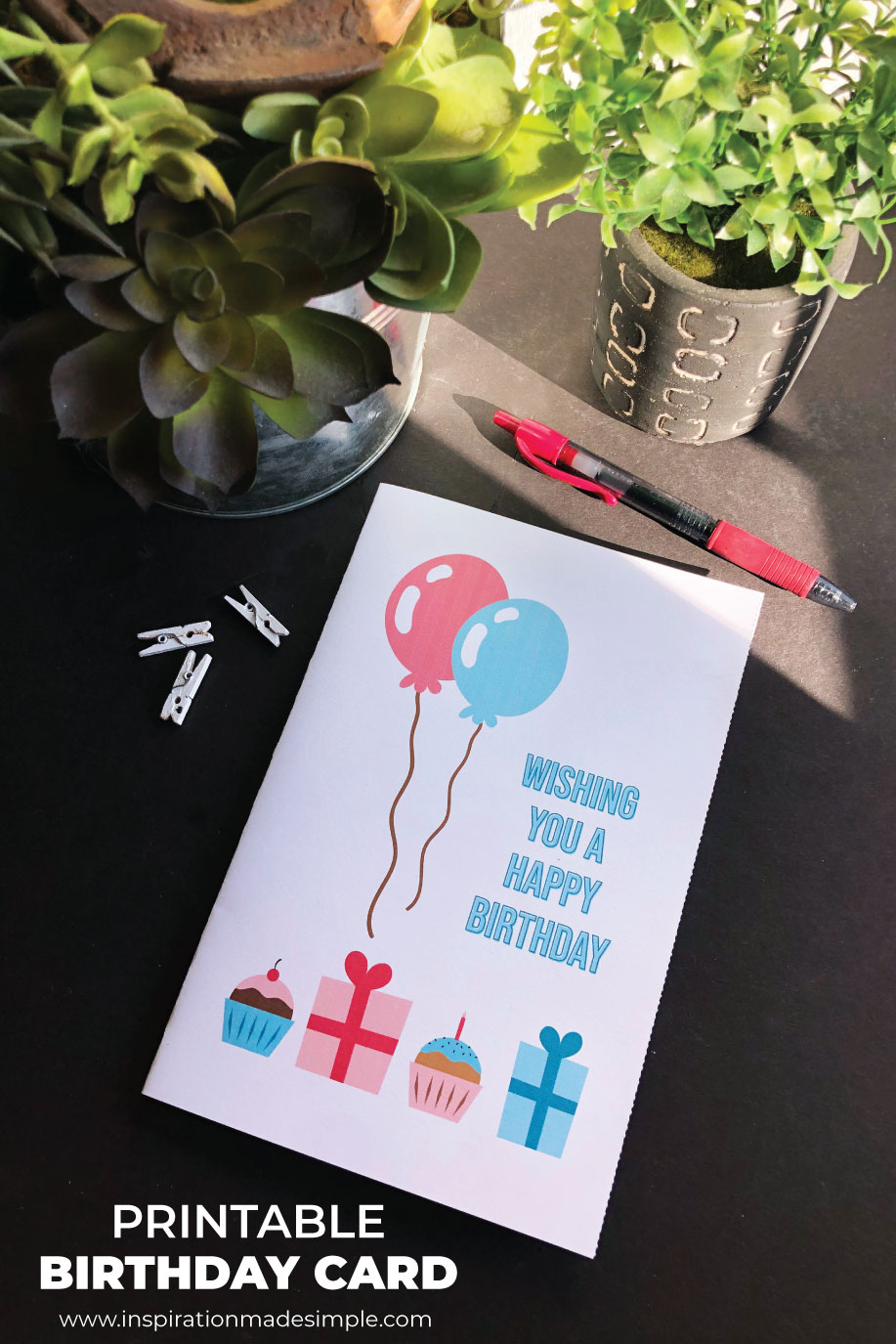 I designed two different cards to go along with the money hearts we just made. The first one is a birthday card. It’s great for either male or female. 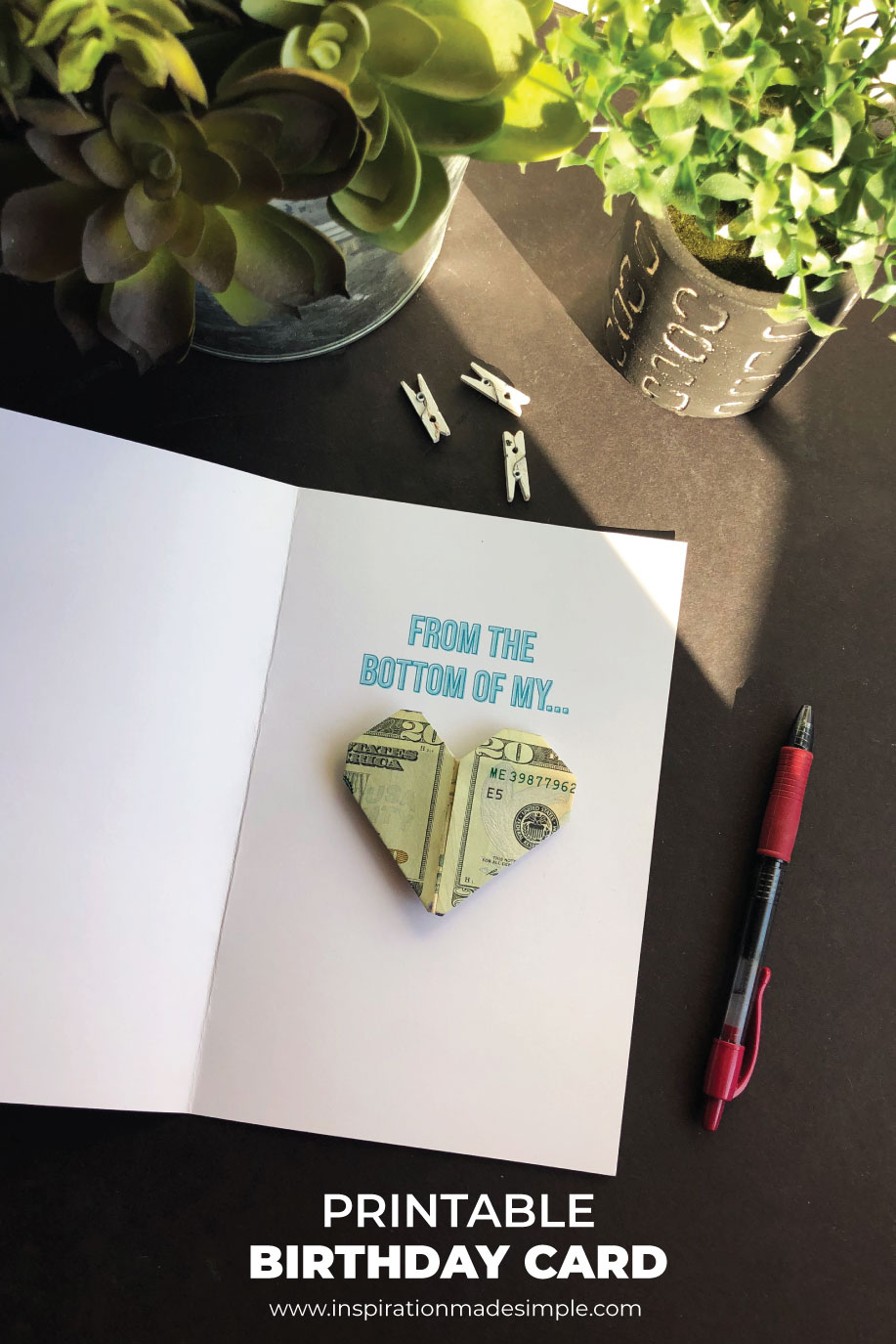 Once the card is printed onto cardstock, fold it in half and adhere the money heart to the inside.

Personal use. Do not alter. Save the birthday card file to your computer and open it in Adobe Reader to print. 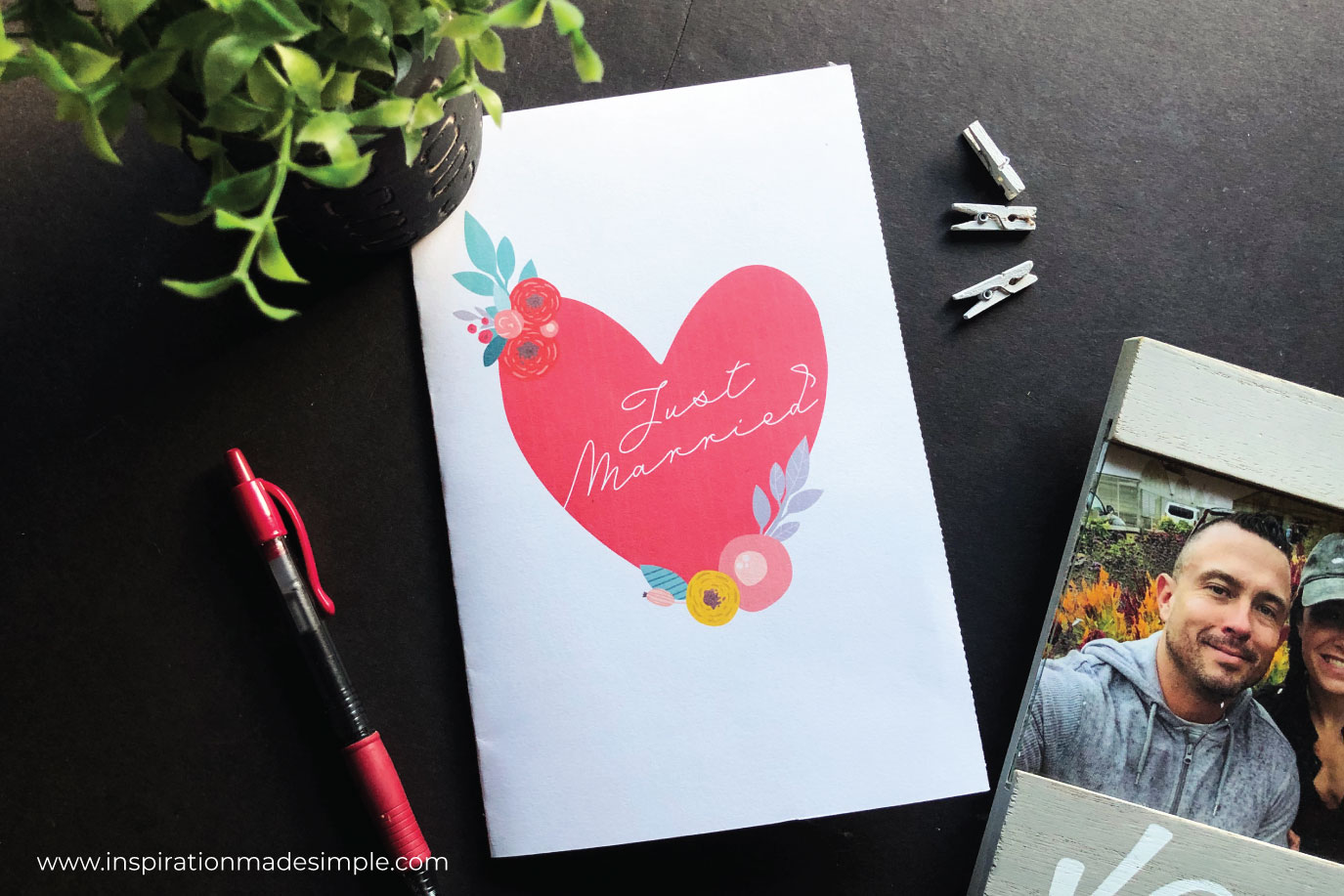 The second printable card is a Wedding Card. 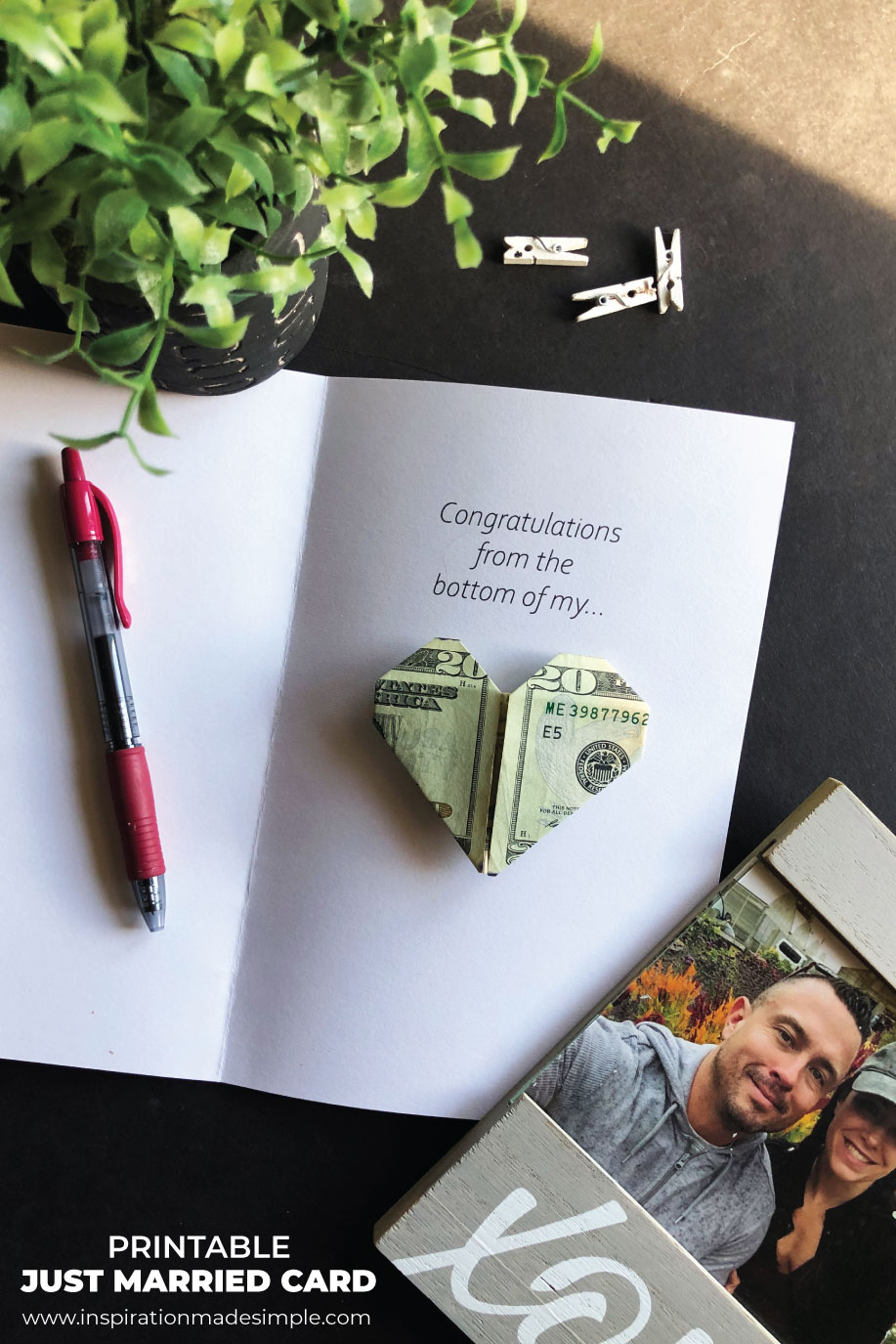 Again, once the card is printed onto cardstock, fold it in half and adhere the money heart to the inside of the card. 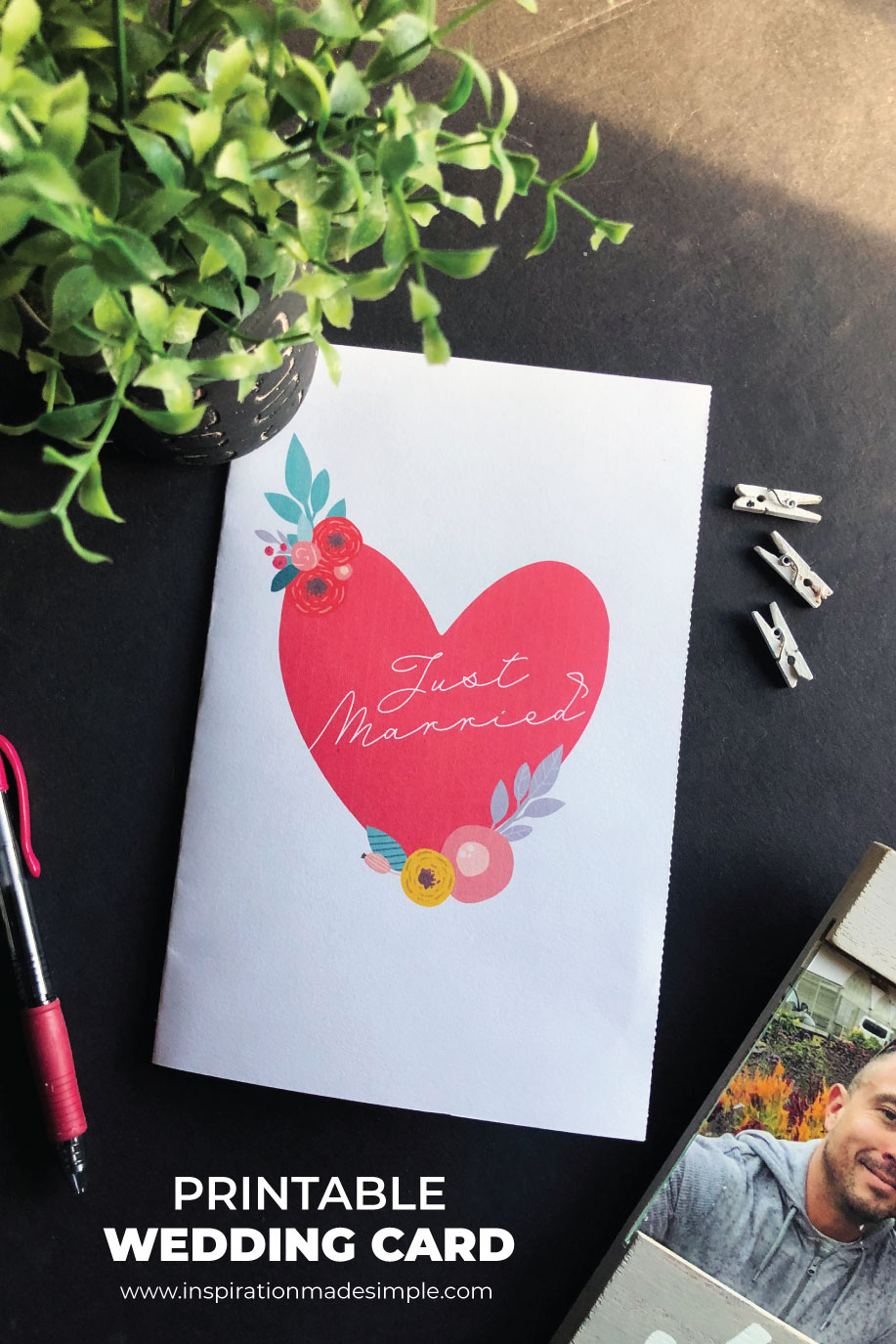 Personal use. Do not alter. Save the birthday card file to your computer and open it in Adobe Reader to print.

I hope you can put these printables to use and have fun making a bunch of money hearts! 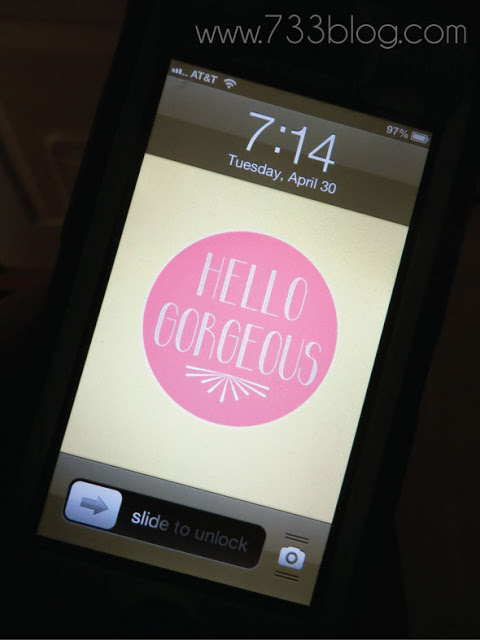 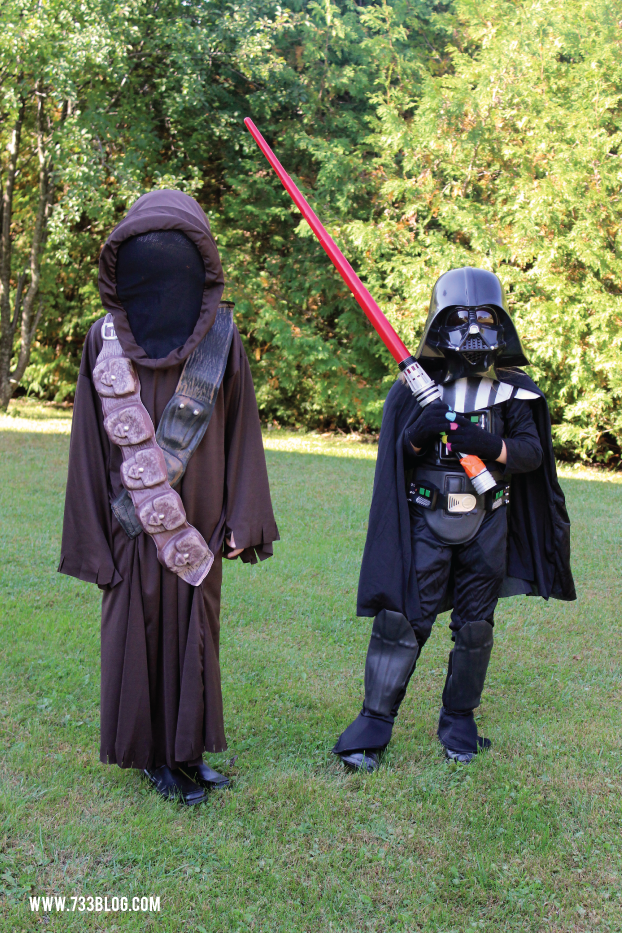 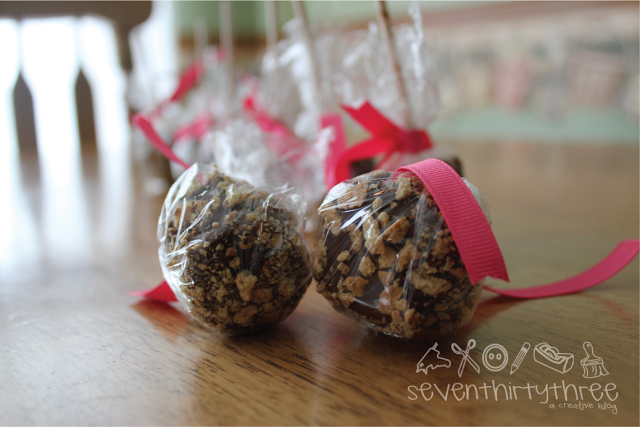 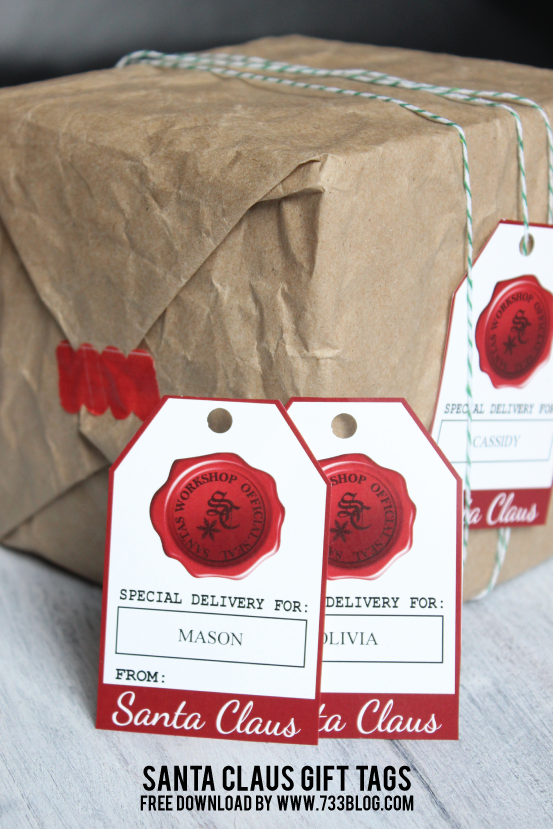